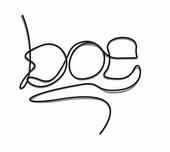 Profile:
Boe Recordings is a now defunct London-based label run by Ben Boe. Founded in 2007 and closed for business in 2016, during this time, Boe Recordings focused on releasing modern underground house influenced by the sounds of Detroit, Chicago and New York. However, the label still undertakes licensing via its sub label For Those That Knoe.
Sublabels
For Those That Knoe, Retro Future Space Agency
Contact Info:
[email protected]
Sites:
Bandcamp, Facebook, SoundCloud

July 2, 2018
Extremely underated label. Deep sounds.....Obviously for those that knoe......Ben Boe knows his shit man, he only releases the highest quality music knoen to us humans, it's machine music with the essential touch of the Human sou., It's Detroit and Chicago influenced but with that gorgeous UK twist that took electronic music to another level.... =)

September 17, 2014
Never heard of these. May check on soundcloud for my own personal insight.

Of the Detroit and Chicago originated tracks, I would say. 'Derek May - The Dance'. top's my personal bill….LGX