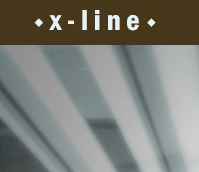 Profile:
A digital label (netlabel) dedicated to IDM, EBM and similar electronic music. Perhaps, the best description of music released by X-Line could be a crossover between EBM, IDM, Ambient and Downtempo, with elements of other music genres. Formerly being a sublabel of .NBK Records called NBKLine, X-Line became the part of Alter-X Promotion Project starting from LINE-016. The label was managed by Seclorum (a part of Frequency Alcyone) until LINE-024, by Denoizer and Nullklever after.
Sites:
alter-x.ru