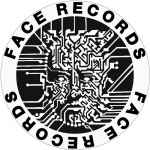 Profile:
UK hardcore and jungle label started off in 1992 by Pascal & Sponge. Was responsible for the original release of the "Marked For Death" sampling jungle track "Johnny", along with several other notable underground anthems. Folded at the end of 1994 due to an amicable split of Pascal & Sponge. Pascal went on to run Frontline Records, while Sponge started his own IQ Records label.