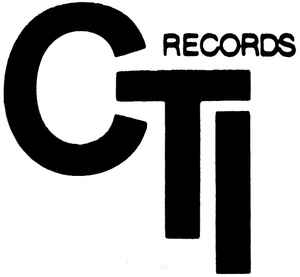 He began the CTI label in 1967 as an imprint of Herb Alpert's A&M Records. Three years later Taylor took CTI out from under the A&M umbrella and relaunched CTI as an independent label. Most titles from 1970 through 1977 were distributed by Motown.

In 1978, the label filed for bankruptcy; however, much of its catalog has remained in print (Creed Taylor launched the 8000 reissue series in 1979.) Taylor and Vic Chirumbolo, CTI's Vice-President and Sales Manager, pulled through and formed a new distribution deal with Columbia Records, but this deal was short lived, and ended in 1980 with Columbia retaining the rights to CTI's master tape library (i.e., the titles released between 1970 and 1979.) Then the label went independent once again, and continued active until 1984, releasing new albums by such artists as Jim Hall, Roland Hanna and the all-star studio band Fuse One.

Creed Taylor restructured CTI in 1989, following a jury award as a result of the long running lawsuit with Warner Brothers over George Benson's contract. Creed Taylor resumed his partnership with engineer Rudy Van Gelder and photographer Pete Turner when recording the all-star session Rhythmstick in June 1989 (an ambitious project released on vinyl, CD, VHS and LaserDisc in 1990). Five other joint CD/VHS/Laserdisc projects were planned with CD distribution initially being handled by PolyGram, then Mesa/Bluemoon Recordings, Ltd.(1991-92), Independent National Distributors, Inc. 1993-94 and finally Koch Records(1995-96). In 1993, David Bean was appointed President of CTI Records and Video in New York. He was joined shortly afterwards by David Grossman as VP of Sale and Marketing, and together they handled the final CTI original releases, numbered 6723**-2. The final CTI original release is believed to be Steve Laury - Vineland Dreams.

In 2002, CTI started to issue mail-order only releases via ctirecords.com and it's sister website ctijazz.com - the website ceased operation in 2009. The site also sold Creed Taylor productions from the Bethlehem, ABC, Impulse, Verve and CTI catalogs. [There are a number of snapshots of the ctirecords.com website in the Internet archive, see link in url section] - the website is active again (Sept. 2021) and under development on behalf of Taylor's family. At this point it's unclear what the website will be used for.

Extensive CD reissue series have been coordinated in Europe and in the U.S. by producer Didier C. Deutsch, former CTI publicist, as well as in Japan by producers Yoichi Nakao, Arnaldo DeSouteiro and Susumu Morikawa.

November 7, 2021
If a friend came to me saying they wanted to get into jazz but didn't know where to start, I'd point them to CTI. It's such a great way to ease someone into jazz-related music without it being too foreign-sounding from what they're used to. This catalog has something for every music-lover wanting to explore the jazzier side of music. For rock fans there's stuff like Deodato (2 especially), or if you're coming from a soul/funk background there's George Benson, some of Freddie Hubbard (First Light), etc. If you're a prog fan you've got your Milt Jackson or Hubert Laws, along with a ton of albums with Billy Cobham on drums.

Such a great catalog to dive right into. Nearly every album has a star-studded lineup so there's redeemable qualities to all the music.
See 2 replies

April 30, 2015
The best late 60s and early 70s jazz records are on CTI. Whenever I see a clean copy on this label in a store I give it serious consideration. They are usually in glossy gatefold sleeves and they often have some of the best players of the day collected for the sessions. Ron Carter, Hubert Laws, Eric Gale, George Benson, etc. Some of the albums can be a little experimental and a bit far for my taste (Joe Farrell, Allan Holdsworth) but most are very accessible. A few favorites if you're looking to explore and especially if you like 70s jazz rearrangements of contemporary pop hits of the 60s and 70s; George Benson: White Rabbit, Freddie Hubbard: First Light, Stanley Turrentine: Sugar, Wes Montgomery: A Day In The Life, and the penultimate CTI release, Quincy Jones: Walking In Space. Here's a great discography with pictures of all the album art. http://www.dougpayne.com/cti.htm