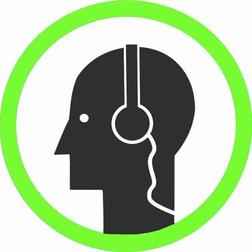 Profile:
headphonica is a free netlabel.
it is home to a stable of unusual musicians, strange projects, and odd sound experiments. in terms of genres, headphonica is all over the board with electronica, tapemusic, jazz, avant garde, folk, experimental, noise, hip hop, and pop, among others.
headphonica started in 2006 as a project with a rather academic approach to lofi-sounds, wich ought to be recorded via headphones. after publishing this compilation called headphonica, the project started to grow further, developing as a netlabel.
the explorative alignment can still be heard in the largest share of the netlabels releases, but the label also had intense relationship to pop music since the early days. this seeming dichotomy resolves in the perspective of the artists: it’s about acclaiming the already developed on the one hand and yearning for musical freedom on the other.
Contact Info:
contact [at] headphonica dot com
Sites:
headphonica.com