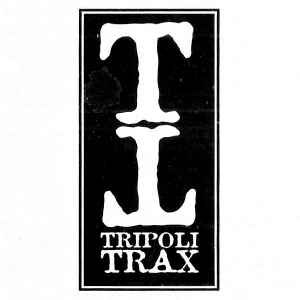 Profile:
This absolutely legendary Hard House label was launched in the 1994 from within the Puregroove Records store in London, England by Ziad, his brother Tarik & Mick Shiner. The A&R man was Steve Thomas. It became instrumental in the development of UK Hard House & Nu NRG during the late 90's and by the turn of the millenium, Tripoli Trax reached its acme with a large number of classic releases and remixes by just about every heavyweight in the scene.

As of the 100th release in April 2004, Marc Johnson took over as A&R from Steve Hill who steered the label into Hard Trance territory since the end of 2001. Marc succeeded to inject a refreshing energy into the label with releases by a different breed of producers as well as bringing some of the Tripoli's old guard back into the fold, thus delivering the toughest sounds in Hard House & NRG once again.

At the end of 2005 Pure Groove made a decision to put Tripoli Trax on hold indefinitely, do away with Hard Dance sales at their stores and concentrate on a soaring Indie market. The label's hibernation lasted nearly two years when in 2007 Marc Johnson once again took charge of this classic imprint with the assistance of Chris Comben.

The label closed doors again for good in 2008 when Marc Johnson retired from Djing and producing.

June 10, 2022
Did they lose all their masters? Much of their "digital" catalogue is vinyl rips.