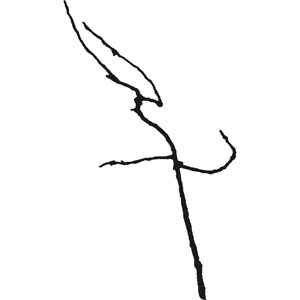 Profile:
Label was founded in 2008 in Yaroslavl.
Magic naturalism, thin multidimensional concentration of all vital forces in the natural phenomena considered as display of the general nature. Vetvei it is focused on the edition and distribution of creative archaic art forms stilistically close to Drone Ambient.
The label was discontinued on the 4th October 2011 together with Vresnit project.

V02 was a "compilation of manifestations" called "Ветвейзеркалзакономерности" written by Sergey Ilchuk, black and white A5 brochure limited to 100 hand-numbered copies.

26 For Sale
Vinyl and CD