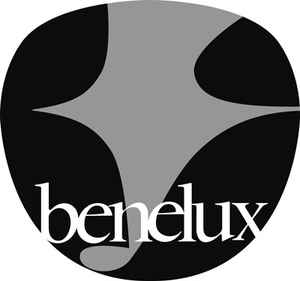 Profile:
Belgian counterpart of Factory Records, founded in Brussels in 1980 by journalists Michel Duval and Annik Honoré after performances by several Factory artists at the famous Plan K venue. At the same time Duval and Honoré founded an entirely separate imprint, Les Disques Du Crépuscule, under the aegis of which Factory Benelux would operate until 1988.
The first releases on Factory Benelux were singles by A Certain Ratio, Durutti Column and Section 25, all ‘spare’ recordings donated by Factory. For the next three years most FBN releases were also exclusive releases, including singles and albums by New Order, Crispy Ambulance, The Names, Minny Pops, Cabaret Voltaire, Crawling Chaos, Stockholm Monsters and The Wake. Financial constraints at Factory also meant that Benelux was first to issue pioneering dance singles e.g. by Quando Quango and 52nd Street.

Between 1983 and 1986 many FBN titles took the form of European editions of regular Factory releases, along with production work by members of New Order (as Be Music), including Life, Nyam Nyam, Surprize and Lavolta Lakota. However this prolific period also included two complete albums by The Durutti Column: Short Stories for Pauline, and Circuses and Bread.

The label ceased releasing new material in 1988, although Crépuscule retained the FBN name for early CD reissues by The Names, New Order and Crispy Ambulance in 1990 and 1991.

In 2012 the Factory Benelux imprint was revived with the blessing of Duval and Honoré, now curated by James Nice, who formerly worked at Crépuscule in Brussels in the late 1980s and also operates the label LTM (4). This new iteration of FBN has so far issued several CDs and albums a.o. by The Durutti Column, Section 25, and Blurt.

Please note:
While most releases were exclusive to Factory Benelux, joint releases with Factory were issued in Belgium, too. Even though they carry a Benelux logo, they usually retained the original Factory catalogue number. These releases are added here and under Factory. Belgian editions with a Factory catalogue number but without FBN logo or reference to FBN (but SABAM), were manufactured and distributed through a straight deal with Factory's licensing department and are added to Factory with country Belgium. All other editions of Factory Benelux releases are licensed and entered under the applicable licensing label, and here only when a Factory Benelux logo or brand is featured, too.
Parent Label:
Factory
Sites:
factorybenelux.com, home.planet.nl, ltmrecordings.com, factoryrecords.info, ltmrecordings.com, Facebook, Twitter