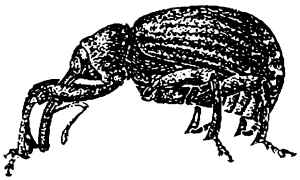 Profile:
The Weevil Series consists of three 12" records, released one after another during 2010 (15th of March, 14th of June, 13th of September) and as triple pack collectors edition at the end of the year.
The Weevil Series is not meant to be a new label nor is it part of any existing label catalogue. Instead of catalogue numbers, all three records have a 'protagonist', each one of three development stages of a weevil – larva, pupa, adult.
The records are produced in a limited and hand-numbered edition of 333 pieces each, 300 of which will be sold singly, hand-stamped in black, another 30, hand-stamped in red, will be part of the collectors edition, 3 will remain untouched and locked away by the artist, who remains anonymous.
Sublabel
Weevil Neighbourhood
Sites:
weevilseries.com