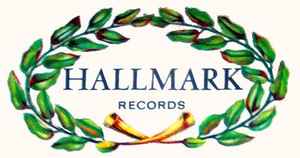 Profile:
UK label; also appears as "Hallmark" only (on cassettes and CDs).
Label Code: LC 1064 / LC 01064
See also Hallmark Music & Entertainment
The Hallmark Records label was launched for the British market as a co-operation of Pickwick International, Inc. and CBS Records Inc. in November 1967. Commonly 'Made in England' is denoted, but there are also some releases with 'Made in U.S.A.' and 'Made in Holland' released in a UK cover. It was constructed as a budget line, similar to EMI's Music For Pleasure label. The reissued albums commonly state different main titles and artwork. Compilations were also released.
Many stereo issues of the early years (with SHM prefix) were sold / marketed inside the previously released mono covers (with HM prefix) very often with a front sticker stating 'Electronically Created Stereo'
Attention! Please be careful by using the copyright or first publishing dates for the release dates at this reissue label. These dates mainly refer to the initial versions. Also avoid using release dates before 1967 when the label was launched and do not copy release dates from different version to this label.
There are only a few exceptions, when Hallmark released initial versions, like Sandy Denny And The Strawbs* - All Our Own Work, beside its remarkable Top Of The Pops (3) series, that was started in 1968. Soundalike cover versions of the hits of the day (and future hits, for each of the Top of the Pops albums was recorded on such a short time scale that the producers had to try and predict which forthcoming releases would become major hits) ran for nearly one hundred albums over the course of the next thirteen years. Two of the series, issues 18 and 20 actually topped the UK album charts, while a further two, issues 17 and 19, made the Top 20. Total sales in excess of 3 million units, the album chart rules were changed to exclude budget albums from the main chart.
The label started with mono releases, indicated by the HM prefix, while the stereo versions are denoted by SHM. In the beginning often a mono cover got a stereo sticker and includes a stereo record with SHM, while the cover denotes HM.
The early mono releases had a orange or red label design. In the beginning the bottom of the rear cover denotes
Exclusively distributed by Pickwick International Inc. (G.B.) Ltd., Victoria Works, Edgware Road, Cricklewood, London, N.W.2.
See for example Doris Day - Sings Her Great Movie Hits
A bit later this changed to 'Hallmark Records A product of ...'
See for example Frankie Laine - Frankie Laine's Best
Even later version had the big fat 'pickwick' wording in the middle of the bottom bar.
There are often different versions for the same cat#, so please provide full images or description, as mandatory due to the circumstances.
Since May 1968 the label also released UK versions of the United Artists Records budget line in the Unart Series.
By end of 1968 the label started to build up a folk repertoire.