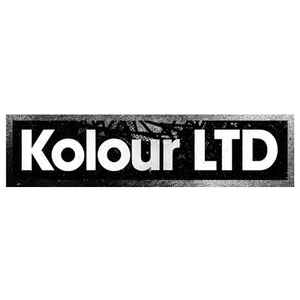 Profile:
As Kolour Recordings grew up, so did the tastes of the label heads Justin McMillen (Detroit, MI) and Mike Whitelock (Houston, TX); the latter having an impeccable taste for curating some of the best cuts of the time. Melding the deep sounds of the original label with the slomo disco flavors of their sister label Undertones, Kolour LTD had a sound all their own. In early 2013, an agreement was reached with Open Bar Music & Azucar Entertainment for them to assume control of the Kolour Recordings/Kolour Digital brands. The agreement encompasses the digital rights to all back catalog and any new/future releases at the discretion of Open Bar/Azucar Entertainment.

After 15 amazing years, the final Kolour record was released in December 2018. A hell of a ride would be an understatement.
Sublabels
Kolour LTD 10's, Undertones
Sites:
kolourltd.blogspot.it, Facebook, SoundCloud, instagram.com

From the official blogspot:

We hope this finds each one of you prospering well thus far in 2013. One of the changes that 2013 has brought us is a shift in operations of the Kolour brand name. As most of you are aware - the name "Kolour Recordings" has acted as the parent name for which all Kolour related labels have been encompassed under (Kolour Recordings, Kolour Digital, Kolour LTD, Undertones, and House is the Cure).

Since the turn of the new year - an agreement was reached with Open Bar/Azucar Entertainment for them to assume control of the Kolour Recordings/Kolour Digital brands. However, it is very important to note that this agreement ONLY encompasses the digital rights to all back catalog and any new/future releases on the aforementioned brands are at the discretion of Open Bar/Azucar Entertainment.

For any inquiries regarding Kolour LTD & Undertones - please feel free to contact Justin or Mike. We are now known simply as KOLOUR LTD with Undertones being our sub-label. Our web address pages have changed accordingly as well and are listed below:

We apologize if it's all a bit confusing to take in but over time it will definitely all make sense to you! We appreciate all the support from everyone over the years and hope to continue keeping it as we proceed forward with a renewed focus and energy within Kolour LTD & Undertones.