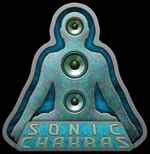 Profile:
Sonic Chakras Records is an independent record label founded in Russia at the begining of 2006 thanks to the Stealth (Alexei), Rukus (Pasha) and eniChkin (Sergey). At the begining Sonic Chakras planned their activities as a promotional label organizing trance party and open airs. The first event was held in April 2006 with the participation of Swedish artists from the Devil's Mind Records. After that, Sonic Chakras organized several events involving guests who play deep twisted psychedelic sound. In 2008, Rukus decided to leave the trance scene, Enichkin took up writing music, and subsequently also left the label. Thus, the label activity was waived almost a year. But in 2009, Stealth invited Najelo (Olejan) to join the label. And together they breathed new life into the label. Sonic Chakras decided to concentrate all its efforts on production of music. The result of this hard work was the release of the debut compilation titled "Danse Macabre". In 2010, the famous Russian DJ Andrew Komarchiki joined the project. Andrew began to participate actively in the life of the label, presenting the new ideas. So reborn from the ashes like a Phoenix, a Sonic Chackras team opens a new page in its history. In early 2011, our team joined 604fx and PaperSoldier, who is actively engaged in the work of label. Sonic Chakras will seek to continue to produce quality night forest sound for lovers all around the world
Contact Info:
[email protected]
Sites:
sonicchakras.ru, SoundCloud, Facebook, Bandcamp