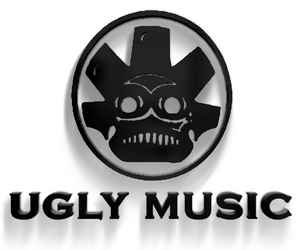 Felix Dickinson and Tony Lee founded Ugly Music in 1995. Based in Brighton and dedicated to the advancement of pure house and techno, they put out a series of wonderfully musical E.P.'s that captured the original spirit of Detroit and Chicago while adding their own distinctive twists.

Drawing on a roster of talent from both sides of the Atlantic, Ugly was responsible for introducing British artists such as Jamie Read, Justin David, and Sir Lord Comixx, while also releasing music from some of the old school talents of Chicago including Kay Alexi and K.Fingers. They also released the first U.K. single for Underground Evolution, (who went on to release their album years later on Peace Frog), and also released the first remix from Felix and Nick the Record which was backed by a remix from D.J. Harvey.

Previous to Ugly Music, Tony worked in the record shops Ugly Records, and Jelly Jam before that. Felix was a regular in both shops as a busy D.J in Brighton playing for a wide variety of club nights, and putting on regular free outdoor events up and down the country. After a couple of years they started the sister label Ugly Cutz to release some of the harder edged music that was coming there way.
Sublabels
Push II Shove, Ugly Cutz
Contact Info:
01273 297153