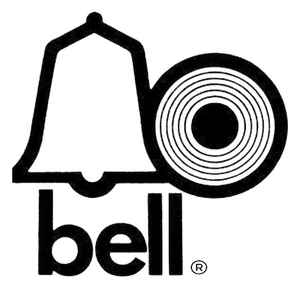 Profile:
Also appears as "Bell" only or "Bell Record". For unofficial releases, see Bell Records (3).
In 1952 Arthur Shimkin bought the Bell label from Benny Bell and became President of the company. Head of A&R was Morty Palitz. The musical director was Sy Oliver. In its early stages, Bell recorded popular music and comedy. By 1959, Al Massler was President of Bell. Massler formed Mala Records in 1959 as a subsidiary label to Bell, Mala recorded popular, rock and roll and R&B music. Massler also formed another subsidiary, Amy Records, in 1960. Amy recorded popular, rock and roll, ethnic, comedy and R&B. The original Bell records of the '50s generally tended toward cover versions of popular hits of the times, much as the Tops Records label did, or "generic" non-hit pop. After Massler became president, they concentrated more on albums, much like budget pop labels such as Strand. The orchestral backup was first-rate on many of these, with bands such as Sy Oliver and Burt Bacharach appearing.

But generic pop music was dying out as the '50s closed, and by the turn of the decade, some changes needed to be made if the label was to survive. By 1959, the Bell label itself was almost inactive on the singles side, perhaps partly due to the aforementioned "image" problems. Instead of fighting Bell's established reputation when entering the rock and roll 45 marketplace, Massler shifted primarily to Mala and (later) Amy for singles, and used Bell as an album label. When one of the Amy singles ("The Madison" by Al Brown's Tunetoppers, Amy 804) unexpectedly hit, an album called Madison Dance Party [Amy A-1] was quickly issued. Actually, "The Madison," which made #23 on the Billboard charts nationally, would have been a bigger hit had not Columbia put out a competing song, "Madison Time" by the Ray Bryant Combo, which split sales (the latter made #30). A second Amy album [A-2], was a tie-in with Sick magazine (an early losing competitor to Mad Magazine).

By 1961, the Bell label itself was moribund, with a few albums and no singles being issued. The main activity was with Mala and Amy, each of which continued with about two dozen 45 issues per year, essentially without album issues. The Amy and Mala singles catalog was interesting, with most issues being well-produced stiffs, with an occasional chart single.

Larry Uttal, who was the owner of Madison Records, folded his Madison label and shifted his artists to Amy and Mala near the end of 1961. He purchased Bell/Mala/Amy outright some time between late 1961 and early 1964.

In 1955 the Dutch company ROVA closed an agreement with Bell Records to become their exclusive Dutch distributor. The records were imported directly from the United States and were sold for HFL.1,95, a price much lower than the prices of other records at that time. This explains the fact that so many Bell Records circulate in The Netherlands!

ROVA continued to sell Bell Records on the Dutch market until the end of the 1950s, after which the company disappeared from the Dutch record market.

Responsible for most of the releases by Gary Glitter and the Glitter Band, Slik, Showaddywaddy, The Sweet etc. during the Glam 70s; other artists included the Partridge Family, David Cassidy, Solomon Burke, Terry Jacks, Barry Manilow, Suzi Quatro, The O'Jays (prior to their Philly Soul superstardom) Tony Orlando And Dawn, Melissa Manchester and The Fifth Dimension. In 1974, it changed its name to Arista and everything that was then currently on Bell was eventually reissued with the new name (though certain artists' material was still issued on the Bell label until the early 1980s in Britain).

In Europe, Arista/BMG released several titles with the Bell name in the 1990s.

December 12, 2011
From 1952 until 1975, Bell Records had quite a definitive roster of artists, ranging from The Drifters to Sergio Mendes to Crazy Elephant to The Partridge Family to Tony Orlando & Dawn to The Bay City Rollers. Other acts who've recorded for Bell also include The Fifth Dimension, The Stampeders, Vicki Lawrence & Barry Manilow. Bell's two most distinct labels are the purple & silver label used prior to 1969, with the word "BELL" spelled in the shape of a bell. The label used from 1969 until 1975 consisted of a silver label with black print, featuring a bell with the word "bell" spelled in lower-case letters. At the right of the icons was an arc consisting of five curved lines, which were displayed at the top of the label. Radio stations played promo copies of Bell singles, which consisted of a white label with red print, same style as the silver & black label. The white labels contained the words: "PROMOTIONAL COPY NOT FOR SALE". In 1975, the Bell label was discontinued & became Arista Records. Since that time, the Bell name & logo have been revived. In 1993, wrestler Hulk Hogan featuring Green Jelly recorded a single on Bell titled "I'm The Leader Of The Gang (I Am)". Bell Records will always be fondly remembered by me for its fine lineup of musical acts & their assortment of catchy & memorable songs. Bravo, Bell Records!
Reply Notify me 3 Helpful