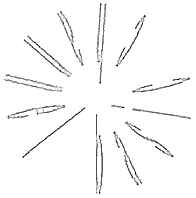 February 6, 2022
Today I ordered a pack of 3 mil outer sleeves to put my Basic Channel, Maurizio, Rhythm & Sound, Main Street and Chain Reaction records in. This was done as a sign of respect.

August 10, 2021
What to say about a legend? It was Berlin in the early 90s and it was the right sound at the right place. Nothing compares to being at HARD WAX and hearing them guys spinning Q1.1. Why there is no possibility to rate labels? 10 out of 5 !!!

March 21, 2018
This label looks a mess now, should those releases show up here like that?
See 8 replies

June 6, 2015
I can count on the fingers of one hand the number of electronic music labels that have continually kept repressing their entire back catalog for two decades, with an ongoing demand that has not dwindled since the imprint's inception. Basic Channel belongs there. Not only that, but the relevance these pieces of wax hold is constant and solid, now as ever before.

Many have tried imitating, none have succeeded. With about a dozen releases, the blueprint was set for more styles and directions than anyone would bother counting today. However, the point of the matter isn't really the amount of material released, it's the quality. It is just how iconic every one of these vinyls is. They are all classics. Mark Ernestus and Moritz Von Oswald might have had a few missteps. Some things worked better than others, but then again, that is a characteristic of a true artist. You move and make one move. But the material released as Basic Channel is peerless. Timeless. Forward thinking techno cuts that evoke the fondest memories of yesterday whilst keeping widely open the window of tomorrow.

All that taken into consideration, despite the fact I am not the most ardent and die hard follower of theirs, I am yet to regret owning a single Basic Channel release. I don't even indulge a craving for the dub techno aesthetic, but narrowing this label's output to the term "dub techno" would be a misconception. I guess I should know that, because in many ways, this 'dub' tag made me cling on to this label relatively late. Better late than never they say.

Wonderful thing was walking into the legendary Hardwax record store in Berlin, Germany, some time mid November 2013, and purchasing the releases I was still missing in order to complete the discography. Boy the feeling. Completing a cult label, and doing it in a shop where it all started. I seriously felt like I had come full circle, music wise that is. Something nice and warm got hold of me all of a sudden.

The hype is real. This is one of the most important, dominant, quality ridden techno stables ever. The range of moods and ideas displayed on such a small amount of records can hardly be paralleled in contemporary electronic music. Most records labels could easily call it a day if they released five vinyls this good in their entire lifespan. Here, you have about ten pieces of wax, all of them by the same production duo, all of them classics.

You should seriously consider yourself lucky that the people behind these masterpieces hear the word of the street, and enable every new generation to enjoy their music. Just look at it this way: if it wasn't good, it would have never kept on hitting the shelves for as long as it did, and most importantly, it would have never kept a rectilinear relevance throughout the years, despite of trends and frequent changes within the techno community. Seriously now, completing this label will make you feel better, and you won't have to spend a fortune either. As stated many times before, it's not about the quantity...

This music can never be outdone or surpassed. I heard some of the successors that followed these leaders.. Not even close, even if some of them are good.
Basic Channel was/is innovative techno music. These days, one can only imagine the feeling when these records reached the clubs and audiences at the time. A major change of techno. The anger and sadness in these records, i mean.. Never has so "cold" music expressed such a variety of feelings.
Legendary! And still being pressed for new ears even to this day. Sometime thats all you need in life. A label with a handfull of releases that changed you mind and perception about music.

The music & artwork is superb & iconic, as others have said.
What I'd like to know is when are their T-shirts going to be available again?
They've been "coming soon" for about 2-3 years.

These are the pioneers of clustering minimal techno/house rhythms into dubby environment. Anyone who had listen to B.C. tracks (especially those collected as legendary "Basic Channel" CD) will appreciate the crew's stunning efforts and creativity in making something which will later become a 'Basic Channel' genre. Generally unclassifiable but always recognizable, von Oswald & Ernestus became one of the few landmarks in electronica scene. I found this hidden treasure while listening to one of the TRESOR editions, where Oswald appeared with Thomas Fehlmann, behind the self-titled track "Schizophrenia"; just listen to those shimmering sounds and you'll know why B.C enjoys the status of techno-dub-ambient superstars. If only I could get a chance to watch them alive!

August 22, 2002
this label was my first real introduction to minimal and dubby techno. the phylyps trak and quadrant dub ep's did it for me and still both remain all time classics to me. basic channel was a heavy influence on me and still is today. the label has raised a sort of standard that few can rival. they pushed the boundaries of sound and influenced a whole genre of music. i love pretty much everything associated with basic channel, as well as chain reaction and burial mix stuff. this music is in a classification all its own. solid music that will remain timeless in my opinion.

March 4, 2002
Well, this is THE label which puts dub and techno together
in a singularly way. Things are changing slowly in a kind of monotone & minimal beat, dub elements will appear and disappear. An acoustic experience for those who loves this music. Avantgarde. Listen also Maurizio, Burial Mix, Chain Reaction...