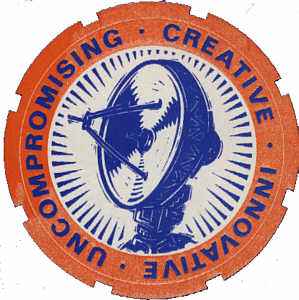 Profile:
Set up in 1988 by Katherine Canoville & Aki Nawaz (a.k.a. Propa-Gandi from Fun-Da-Mental). Specialized in World-Fusion.

The formation of the Nation Records Limited music label in 1988 brought to the forefront of the British-Asian music scene the distinctive concept of World-Dance-Fusion, through the cross fertilisation of traditional, multicultural sound tracks fuelled by the rhythms of dub, hip-hop, techno and house. Nation Records, established in Ladbroke Grove, south west London, was the brainchild of long time friends Katherine Canoville and Aki Nawaz. Having previously faced rejection from major record labels unsympathetic to their musical philosophy, the label was conceived in an effort to provide a space to express and promote the originality and creativity derived from fusing world music. Nawaz describes the principle of Nation Records: 'It has always been based on an idea from the punk era, be radical musically and politically, never work by the book, re-invent the rules and then re-invent them again when those rules become the norm.'

Essential to Nation Records is the belief in the synthesis of cross cultural melodies and rap with politically motivated communication, a developed consciousness of global politics, equality and freedom from oppression. Through this belief, Nation Records present opportunities for bands to join the groundbreaking label and articulate their own identity and issues of concern such as anti-racism and outrage at the grass roots effects of international politics. Collaborations have ensued with many artistes of South Asian descent, in addition to those of Algerian, Bosnian, Gaelic, Hungarian, Khazak, Moroccan, Native American, South African and Siberian cultures, to name a few. The bands which have evolved from this unique interplay between diverse musical traditions and political consciousness are spearheaded by the label's pertinent slogan - 'Creative,Innovation and Uncompromising'.

April 1988, saw the first release from Nation Records, entitled Fuse - World Dance Music. This compilation album introduced the audience to the cultural hybrid which fused bhangra and Latin with house and techno rhythms through then unknown artistes such as Mahatma T now better known as Talvin Singh and Pulse 8 (which included the musicians from On-U-Sound, David Harrow with Jah Wobble and Justin Adams). Between 1993 and 2000, Nation released numerous singles and albums from artistes of immense diverse musical influences, from the Sikh hip-hop trio, Hustlers H.C. to Loop Guru, a project guided by the natural sounds of the world captured on samplers, and Ambisonic, an Afro-Gaelic, Edinburgh-based duo who have now dissolved. Other artistes included South Africa's first seven man hip-hop group, Prophets Of Da City; the collective known as Asian Dub Foundation; fusion pioneers Joi and solo efforts by Transglobal Underground (TGU) vocalist Natacha Atlas and TGU spin-off band Xangbetos.

After co-founder Katherine Canoville's departure from the label in 1997, Aki Nawaz guaranteed Nation's progression by continuing to work with his brainchild group, the militantly labelled and politically motivated Fun-Da-Mental, and Transglobal Underground as well as signing newer artistes, for example Recycler, Charged (2) and solo artists such as TJ Rehmi and DJ Cheb I Sabbah. As Nation's philosophy of eclectic fusion and strong political views progressed, several new fusion-band signings followed including: Blue Bommer, Swami, and Yam Yam.

Since 1988, nine critically acclaimed CD compilation albums have been released on Nation Records. Together, the albums feature twenty-seven of the artists signed to the record label. 'Fuse Volume 1' in 1988 and 'Fuse Volume 2' in 1990 were the 1st two dance compilations. 'Global Sweatbox' was released in 1993. This was followed by Nation Record's slogan, 'Creative-Innovative-Uncompromising' headlining the 4th compilation album produced in 1995. 1996 saw the making of 'Fuse 3 - Global Chaos', which featured new tracks from Transglobal Underground and Fun-Da-Mental among others from different record labels. '...And Still No Hits' was Nation Records' 6th compilation in 1997 and their first double CD. It carried twenty-six tracks from almost every artist signed to the label and was described as 'the most concise history of Nation Records so far'. In 2000, 'Qilaash - How the West was One' was produced. Its subtitle, 'Songs from the Asian Overground' set out to ridicule the categorised term 'Asian underground.' In 2002, the compilations 'Global Chilling' and 'Global Warming' were released alongside 'Select Cuts from Nation' which features tracks from several bands taken from the archives of Nation Records.