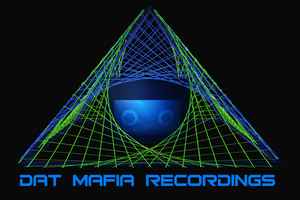 Profile:
DAT Mafia Recordings was created in 2011 for the release of "Mind Rewind", an old school Goa Trance compilation put together by members of the Discogs Goa group using (mostly) unreleased tracks donated by the artists. What originally started as a one-off project turned into a series with the release of Mind Rewind 2 in 2013.

The label name is a tribute to the "DAT Mafia" of the 1990s when DJs and collectors were copying, trading and sharing unreleased tracks on DAT tapes, often without the artist's or label's approval. Tracks released in this series are now officially licensed from the artists.

After the release of Mind Rewind 2 most of the original contributing members were excluded from the project and replaced by a small team of "decision-makers" in order to speed up the production process. The revenue generated by the sales of each compilation is used for funding the next volume in the series, the rest is being donated to charity organizations to help kids in Goa, India.
Parent Label:
DAT Records
Sites:
datrecords.it, Facebook

23 For Sale
Vinyl and CD