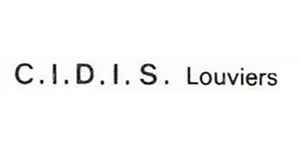 Established 1969 after renaming the plant activities of Société Phonographique Philips.

CIDIS was manufacturing injection moulded 7" records, using embossed printing (as opposed to engraved printing).
Labels had first a granulated background and that was replaced by a regular background in 1971.
Those 7"s have usually a "Made in France" mention on the labels.

CIDIS Louviers lacquer cuts can be identified by "380" in the matrix.

From 1969 to 1975, LPs pressed in Louviers can be identified by "Made in France" on labels and their characteristic pressing rings: first (simple or double) thin ring of 30 / 34 mm in diameter and a second, elevated thick ring with inner diameter of 86 mm.
For those 1969-75 releases, please add Pressed By C.I.D.I.S. Louviers

From 1975, most vinyl LP records with "Made in France" on labels and 'CIDIS' in runouts have a pressing ring of 20 mm in diameter as here (black bare vinyl center ring) or there (looking like 2 rings around the spindle hole, please do not confuse with German narrow central ring).
For now, there is no way to know if they were pressed in Louviers or by sister plant CIDIS, Antony.
For those 1975-78 releases, please add Pressed By C.I.D.I.S.

And we have also 'mixed' pressing rings ('old' outer embossed ring + 'new' 20mm in diameter ring) as here and there.
That's Pressed By CIDIS Louviers in 1975.

Printed By can be added when there is "Imp. C.I.D.I.S. Louviers" on the cover.

C.I.D.I.S. has been renamed Polygram Industries Messageries officially on January 1st, 1979 (but the name was yet in use on sleeves in 1978 and CIDIS name was still in runouts up to early 80s).
Parent Label:
C.I.D.I.S.
Contact Info:
26 Avenue Winston Churchill
27400 Louviers
France