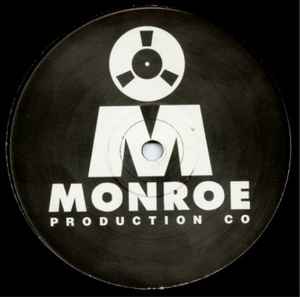 Profile:
There were a handful of labels (ie Sound Entity, Dee Jay Recordings, SubBase etc) in 1993 that were attaining much higher quality levels of published work than usually was released on vinyl. How were they so different to others ... perhaps it was great equipment, or the engineer's mastering skills ... their efforts gave a solid quality and cleanliness to the sound, the earth-shattering subbass simply punished sound systems & crowds, the rawness of the tunes vs the shear professional polished end product (which somehow didnt lose any of the dark underground feel) etc. Monroe Productions fitted in this select group nicely. The studio's label varies between House, Jungle & Hip Hop. Roger Benou (founder) & Pete Parsons (aka Rev-P, Static Substance, Pete Voyager etc) are two of the main engineers, remixers (as well as extensive artists & producers in their own right) who output a large cross-section of musical styles on many different labels - including many well-known 'Old School' dance classics.