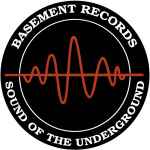 Profile:
The Basement label was started up in 1990 and was run from the Record Basement shop in Reading. The label was run by Phil Wells (aka Basement Phil).

One of the things that set Basement apart from the rest was the distinctive sound of the early releases 3 - 35, courtesy of Jack Smooth's engineering and co-production. 'Jungle Techno' is a phrase drawn from the label, with the phrase credited to Mikee B (one third of Top Buzz) who once famously commented that a Basement Records tune he was listening too, had sounds that were actually similar to those in a jungle, mixed with Detroit influenced soundscapes.

When the label switched to DnB it was championed by LTJ Bukem, Fabio & Grooverider, Doc Scott & Peshay.

Labels affiliated with legendary in house producer Jack Smooth were Sound Entity and Smooth Recordings and he had a behind the scenes influence on labels such as Legend Records, Symphony Sound and Sinister Recordings and many more including the Rave Anthem 'Trip to Trumpton'.

After the peak of the Rave Scene in 1993 the Basement label was one of the first to shift to releasing the more experimental side of Jungle, the genre now known as 'Drum N Bass' throughout the mid 90's before closing down in 1997.

October 30, 2021
Undying respect for all you've done for the culture, Phil – should you be reading this. I was hoping to pick up some Basement merch (better late than never), but the website appears to be down at the moment. Hope this is a temporary state of affairs!!
Reply Notify me Helpful

September 3, 2018
Unfortunately due to various reasons the back catalogue will not be released digitally.
Reply  See 1 reply Notify me 1 Helpful

Are we ever going to see digital releases of the back catalogue, I have all the vinyls but they are well used and so the sound quality is not really doing the label much justice when played out, seems crazy not to make these available to a wider audience!?

September 5, 2015
This is one of the few labels that you can buy pretty much any 12" without even hearing it and it'll be well worth it....Proper Hardcore, Jungle, Techno, Breakbeat. Acid sounding tracks.
Reply Notify me 4 Helpful

A word of warning for anyone thinking of purchasing any of the digital re-releases on this label. After seeing them for sale on junodownload, i decided to pick up some of their early rarities, but i have to say i'm hugely disappointed. I have no idea who sourced these digital copies, but they're blatant vinyl rips, and not particularly good ones at that. Shame on you Basement Records if you had anything to do with what appears to be nothing more than a quick cash-in. It takes some of the shine off what is otherwise a deservedly well-respected label.

Basically,every decent rave tune that made your hairs stand up on your neck in 91/92 was as a result of these guys---the dark d&b and hardcore they made are seminal classics in dance culture,my favourite being kev birds airspace---true innovators of the 1992 scene and on every rave tape going thats good!

May 8, 2004
One of my favourite labels, mainly for their '92 and '93 releases - helped create that distinctive dark drum + bass/ techno sound in 1993, played by Randall, Ratty and others, that was unfortunately waylaid by the ragga influenced 'jungle' sound in 1994.
Reply Notify me 5 Helpful

March 30, 2004
Probably my favourite label ever - in the words of Mad P, "Hardcore, Jungle, Techno" at it's best! EVERY DJ on the scene played Basement tunes in 1992/3 and you'd be hard pressed to find an oldskool tape from that era that doesn't contain one.

Big up Basement Phil for starting this one back in 1991. It's a cliche, but they don't make 'em like that anymore!
Reply Notify me 7 Helpful

July 14, 2003
This label started developing a lot of personality at about release #40, with The Sentinel's "Heavy Vibes / Pulse Of Life." At this point it became a great podium for moody and beautiful melodic jungle. The tracks put out at this point were thoughtfully composed songs, a lot containing emotive melodies utilizing the moody, mellow Rhodes synthesizer. Several of my most favorite "intelligent" jungle tracks were put out by this amazing label, among them The Sentinel's sexy and dreamy "Genesis."
Reply Notify me 4 Helpful

November 10, 2002
The #1 Jungle Tekno label, dons of darkness. Has an instantaly recognizable, unique sound. The beats were usually more 4 to the floor sounding, plenty of dark pads and analogue sounds. Very consistent in quality, from about #12 to around #40 when it started getting bland ("intelligent", mellow d'n'b).
Reply Notify me 4 Helpful