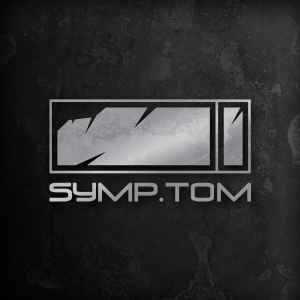 Profile:
Symp.tom was a Dutch record label that was founded in 2004 as a subdivision of Neophyte Records, meant as an outlet for releasing the divergent material of Mental Wreckage and Mute. Originally it was intended to revive Mid-Town's Darkside label for this purpose, but after giving it some careful thought it seemed better to create a whole new label for better distinction.

Symp.tom's releases were mostly focused towards dark and industrial orientated hardcore techno, while also giving its artists enough freedom to work on experimental projects from time to time. One of the label's peaks was that it was given the opportunity to host its very own 'Industrial Hardcore Area' at the 2009 edition of Nightmare Outdoor, featuring a strong and suited line-up of artists. Also worth mentioning were Symp.tom's own editions of the Nightmare Outdoor CD compilations, widening the variety with darker material. Additionally, the label's last compilation CD, Life Below 20Hz, is considered to be one of the best representations of industrial hardcore techno among fans of the genre.

Main producers of Symp.tom were Mental Wreckage and Mute. (who both are also its founders) and The Relic, accompanied by occasional guestreleases from artists like Moleculez, The Outside Agency and Sei2ure.

In 2011, Symp.tom came to an unexpected end when its mother label Mid-Town Records went bankrupt and sold all of its rights and back catalogue to Cloud 9 Music BV. Most of Symp.tom's artists decided to move on to Dark. Descent., which is run by The Relic.

An amazing label. When the other labels were dedicated to melodic synth-driven and sample-laden mainstream, this is a dutch label that explored more industrial sounds in an uncompromising way. Distortion, downtempo are the keywords here. Some tracks even ventured into a more IDM and abstract direction.

The only synths and voice samples found here, only intensify the feeling of doom and darkness.
There is beauty in distortion.

That the label quit in 2011, only adds to the status. Now it is synonymous with some of the best industrial hardcore from the 2000s.