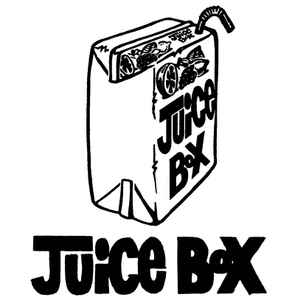 Profile:
Gerald had teamed up with MC Tunes who had a sound system called 'Juice Box' which Gerald had put some equipment into.
They used to go around the streets of Moss Side and Manchester blasting out quite 'Jungle' sounding tracks influenced by hip hop, electro and dub reggae.
Both Gerald and MC Tunes ended up taking the name of the sound system and using it as the name of a record label. Their first release on the 'Juice Box' label was called 'Digital Bad Boy', a very junglist sounding track that was only out on white label on a limited pressing.
Unfortunately MC Tunes began to get more into the rap side of things and Gerald began to concentrate on the jungle and technical side of it, and a split was inevitable.
The Juice Box label kept on going and before long there were more releases out and the label had well and truly caught on.

All rights to music by A Guy Called Gerald + his other aliases retained by Gerald Simpson.

May 1, 2016
Gerald is surely one of the most regarded Producers out there. For committment to his personal musical language, his recognisable style, he is up there as one of the Grand Elders, no question. Every release on Juice Box is important, every break and bass worth listening close to, even if just for something small and (back then) seemingly unimportant

October 14, 2015
Surprised there are no comments on this seminal label. Sure, it may not have had the high profile of some of the other labels at the time, but in hindsight there are some of the most forward thinking releases that were around at the time, some of which I would deem essential. Quality not quantity.