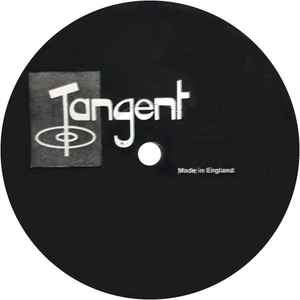 Profile:
UK label founded by Mike Steyn, specializing in Folk & World music.
* * Shown on the label as: "Tangent".
Mike Steyn's own first records were with the northern comedians Blaster Bates and Peter Mallony (who had been a Trappist monk), and they became huge hits, particularly the Blaster Bates series of LPs. With the proceeds from these first hits he started Tangent Records.

Tangent's first three records were of Ethiopian folk music, recorded in Ethiopia by the late Jean Jenkins, then the Curator of Music at the Horniman Museum. Other recordings followed, and in 1976 he released a box of six LPs of music from all over the Islamic world, to coincide with the World of Islam Festival in London. There followed seven records of Scottish music with Edinburgh University, three LPs with Mustapha Tettey Addy, the Ghanaian drummer and one of Africa's best-loved musicians, and many more - some 120 recordings of music from all over the world.

When he sensed that his job was done, he left to return to classical music and composition, handing over Tangent's distribution to Topic Records, one of Britain's oldest and best folk labels
Sublabel
Music In The World Of Islam
Contact Info:
Tangent Records Ltd.
52 Shaftesbury Avenue
London W1V 7DE