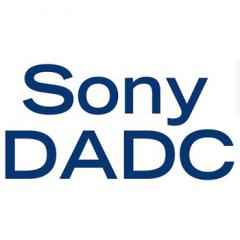 Profile:
Sony DADC is an optical disc manufacturing company, whose first facility was opened in 1983 in Terre Haute, IN, USA as DADC. The company expanded into Austria, Canada, Mexico, Brazil, Australia and other areas, and is now known as Sony DADC.

The Austrian pressing plant DADC Austria was re-branded Sony DADC in approximately Spring 2000, at which time Sony DADC first appeared in the matrix of CDs manufactured there. The same happened in the US in August 2005 when Digital Audio Disc Corporation changed its name to Sony DADC US Inc.

Sony DADC expanded into the Czech Republic in 2010, and since then has shifted progressively more of its assembly and distribution business there from Austria. As of 2020, Sony DADC's manufacturing operations in Austria have been consolidated into one manufacturing plant in Thalgau; a second Austrian plant in Anif is no longer operational.

In 2011, Sony DADC's manufacturing facility in Pitman, NJ was closed, leaving only the facility in Terre Haute, IN operational in the US. It was announced in January 2018 that the Terre Haute facility was moving away from CD, DVD and Blu-ray production due to the changing market, but would continue to manufacture PlayStation discs and new formats such as Ultra HD discs. This ended Sony DADC's CD manufacturing activity in North America.

Please only credit Sony DADC if it is specifically mentioned on the release or properly identified as outlined below. If in doubt, please ask in the help forums.

Sony DADC releases manufactured in Austria usually have matrices in the following pattern:

· For CD releases, yy indicates the disc number (always 01 for single-disc releases; 02 and onwards are used for multi-disc releases), while zz indicates the number of discs in the release (again, always 01 for single-disc releases). SACDs/DVDs/Blu-rays use different numbering for the yyzz part/
· BB is a two-digit number, usually between 11-25 and also 32, 44 and 45. The second digit is the same as the last digit of the mastering SID code (IFPI L55x).
· CC may be stamped or printed in the mirror band, and is usually A1, A01, A00, B1, etc.

When crediting Sony DADC from the matrix mirror band, by the presence of its name/logo, with or without the Axxxxxxxxxx-xxxx matrix number and mastering SID code IFPI L55x, the most accurate role to use is Glass Mastered At.

When entering Sony DADC matrix numbers into LCCN, ONLY the "Axxxxxxxxxx-yyzz" / part of the string should be entered. An example of how to correctly credit Sony DADC can be found on MurkRat - MurkRat. The Sony DADC name may omitted (and sometimes replaced by the logo of Universal on discs manufactured for Universal record labels), but can still be identified by the Axxxxxxxxxx-yyzz matrix number and mastering SID code IFPI L55x, for example Rory Gallagher - Blues.

For discs that have the "Sony Music Sxxxxxxxxxx-yyzz" style matrix, please enter in LCCN:
Made By – Sony Music
Glass Mastered At – Sony DADC [this line should ONLY be entered if the release is definitely manufactured after Spring 2000 as DADC and DADC Austria also used this matrix pattern before then] Please ONLY enter a catalog number for Sony DADC if matrix code starts with S0100 (Sony DADC matrices can be identified by codes >S0100315xxx).

More recently, the Axxxxxxxxxx-yyzz matrix number may be omitted, and replaced by a portion of the release catalogue#. This is most commonly seen on releases manufactured by Sony DADC for Universal. In these cases Sony DADC should be credited with Glass Mastered At as normal, but no catalogue# should be entered in its LCCN entry. Examples include Queen - News Of The World and Rammstein - Reise, Reise.

Finally, both the Axxxxxxxxxx-yyzz matrix number and the Sony DADC name may be completely omitted from the matrix. Such matrices generally have the following pattern:

as well as mastering SID code IFPI L55x. If the release was definitely made after Spring 2000 (when Sony DADC name began appearing in the CD matrix), Sony DADC can be credited with Glass Mastered At, with no catalogue# entered in its LCCN entry. Examples include Colosseum - Valentyne Suite and Helloween - The Time Of The Oath. However, if it is uncertain whether a given disc was manufactured before or after Spring 2000, please do not attempt to credit Sony DADC.

Enter the data into the BaOI & LCCN as per the Examples section below.

Discs replicated in Austria by Sony DADC have matrices in the following patterns.

BaOI layer indentification:
Only identify the (SACD layer) & (CD layer) in the BaOI 'Description' field for Hybrid SACD’s replicated in Austria by Sony DADC.
Mastering SID, (SACD layer) is located on the outer ring.
Mastering SID, (CD layer) is located on the inner ring, nearest the center spindle hole.
Enter in the BaOI the Matrices & Mastering SID codes for both layers.
Unless duplicated on the release, the Mould SID should be entered only once.
The layer text for the Mould SID is not required in the ‘Description’ field as the manufacturer has not confimed which layer it sits on.

Examples of how to enter data into the BaOI.
With the Sony Music logo David Sánchez* - Coral
With the Sony DADC logo Los Lobos - By The Light Of The Moon
Without any logo but with the Axxxxxxxxxx-xxxx string coupled with Mastering SID IFPI L55x or LY2x Dire Straits - Making Movies
Some SACD's replicated by Sony DADC may omit the Axxxxxxxxxx-xxxx string and use part of the catalogue number but follow the same layer principle. For example Peter Gabriel - Up

LCCN:
Enter the role for both layers in the LCCN as Glass Mastered At, ONLY the "Axxxxxxxxxx-xxxx" part of the string should be entered.

Note: Please be aware that BD / UHD BD cutting machines are also being used for Mastering SID IFPI codes LY23 - LY27.
SACD cuts are now carried out on the BD Equipment as well, so will now be appearing on SACD discs from roughly late 2018.

US matrix identifiers and LCCN roles

Before August 2005 these prefixes appeared in the matrix of releases manufactured by DADC.

When this number is present in the CD matrix, with mastering SID codes IFPI L32*/L42*, it may be entered in LCCN as the catalogue# for Sony DADC, with the role Glass Mastered At. (Note that if the code is present on the artwork but not the matrix, then Sony DADC should not be credited). An example is Live At Luna.

Please note, however, that DIDX numbers have been observed in the matrix of discs that do not appear to have been manufactured by Sony DADC, such as Laughing Down Crying (Cinram, Olyphant, PA glass master) and Infamous (unknown origin). This can be determined by comparing the matrix pattern, SID codes, and font/formatting (see images section on this page). In such cases, Sony DADC should not be credited in LCCN. Some examples exist where both a Sony DADC pressing and a non-Sony DADC pressing (but with a DIDX number in the mirror band) of the same release exist - The Fame Monster vs The Fame Monster - although the significance of this is not yet known.