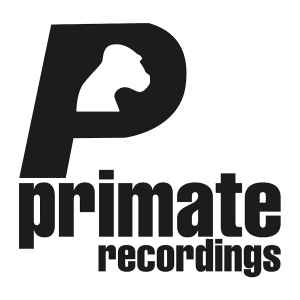 Profile:
Primate was established in January 1996 to showcase the techno talent being distributed by Prime Distribution, as well as to promote new emerging techno producers. Primate has two sister labels, Primary Recordings and Primevil. Together the three labels cover the entire house to techno spectrum. In addition, Primate has a sub label, Primate Endangered Species with APE catalog numbers. The PMTEN catalog numbers are 10" releases on coloured vinyl.

[old address, obsolete, for reference only]

Primate being a divider of opinions is very true. They put out some good tunes, as would any label releasing that much stuff. But, the quality control wasn't there. So. Many. Average. Tunes. I know, because I lived through it...

if you want to get straight to the goodies, I liked the Phuture releases, and Pump by Adam Beyer... maybe the Cristian Vogel one too?

I've sold all my other Primate tunes.

September 17, 2019
Primate Records has always been something of a divider of opinions, be it for me, or many others. From one angle, they played it safe. Verified club formulas on repeat through an entire life span. What I don't understand is what is wrong with that. What is wrong in producing music aimed squarely at clubs, preferably put together by those playing there. It's OK to make tracks with the intention of making one jump. Those who think they are above it because of ardent, dig digging deeply into discographies of Black Dog and Autechre - nobody cares. It's that simple.

Primate kept it simple, basic and fun. Did they do rely on a handful of formulas? Yes? Did it work? Just look at the extensive back catalog, look at the global DJ support it received throughout the years, and ask that again. So, in a nutshell, this was somewhat of a straight forward club techno platform for many (and I do mean many) artists that were either about to take off or were already levitating.

Where things get muddy with this label, as already pointed out by someone else, is a more decisive quality filter. Basically, this label aimed at covering everything, and perhaps covered nothing at all. It looks like Primate and its sister labels, just like its northern counterpart Planet Rhythm Records, naturally wanted to leave an impression on the scene by releasing everything they considered worth it, in rapid succession too. For a number of reasons, their output failed a leave a lasting impression like for example Tresor's legacy. Perhaps it is due to a very formulaic approach to music. Perhaps it was the inability to separate what should have come out, and what should definitely stay on the shelf. But then again, whose call is that but the label's?

In fact, the vast bulk of everything they released was defined by long-continued practices, and, guided by repetition, rather than adventurous exploration and breaking the norm. You also need to take these adjectives used to defame the label with a grain of salt. Most users come here 20 years after the label had its winning streak, catering to a sound that was in demand at the time, and then they label it simplistic DJ fodder. Which is a right you are entitled to, but most of you were not even born yet, and were fifteen years away from your mother buying your first turntable.

Even with all the historical trivia, Primate could be blamed for some hyperproduction, to the point of me grabbing a new record of theirs in the shop, sampling it, and realizing its identical to the previous two I bought. Basically, at times, it would seem that even producers with a valid artistic identity, a unique approach to sound design, even those would churn out an indifferent four tracker that would be no different than any four tracker with the instantly recognizible logo that hit the shelves the past six months, and anything that was yet to get released in the six month period to come would not differ that much either. Basically, 90% of the releases here are a picture perfect copy of each other, regardless of the artist's style of geographical origin.

Yet it is precisely this, from today's viewpoint, handicap, that was its calling card especially among the younger public. One, Primate was handled by a fabulous distribution team, because you could run into their logo in the most remote record store of Europe. Not that I have been to all of them, but I have seriously run into their stuff where I did not even consider it a worthwhile task to start looking for techno music. So, if you put this fairly easy accessibility to their stock, a musical path that is easily digestible and FUN to toy around with on the newly acquired decks, rest assured that this very label served as a foundation stone in sparking a long term relationship with techno music for many, many listeners, who have since naturally explored further what the genre has to offer.

As far as the claim about these not being successful party bangers, whoever wrote that, there's no need for you to say anything else. You have basically admitted to nonsense on a public forum. This label, if anything, was at one point or another, in any DJ bag across the globe. I do mean any. For those of you too afraid to invest your money into the unknown, here are a few releases that not only reigned supreme over dance floors, but have risen to the status of techno classics:

The above crushed every single half decent open or closed space with a pair of functioning speakers until the records wore out. In fact, the EPs released by Gaetano Parisio, Marco Carola and "the tronic duo" rank as the high points of their careers.
So, on a good day, Primate proved that they can offer proper, state of the art techno artillery that would be in everyone's bag. So there is no discussion about this label not knowing its steez. In my humble opinion, where they - in a lack of a more suitable term - failed, is hit to break button every once in a while. Instead of limiting their output, thus automatically making it more volatile, or better yet having a clear design of where they want to take the sound, they drowned their own roster in its own music. You had to have a secretary to stay up to date with the release dates. Which is fine for a label dipping toes in uncharted territory. Or a label that has proven itself trigger happy with surprises, exclusives, limited edition releases etc. Primate Recordings had one trick learned to perfection, which was never enough to stay relevant and on top in a musical scene where you're here today and gone tomorrow. I also think that people simply grew tired of knowing beforehand what the next release would bring to the table without even taking it out of the sleeve. It looks like in this attempt to simultaneously encompass the techno spectrum, and simultaneously enabling virtually anyone with a fistful of tunes with a beat to put out a record, which is great, don't get me wrong, but enthusiasm and friendship are frequently antonyms of business ethics. Fans like to know you're here, but no one wants to see your face during every visit to a local record shop. I am under the impression that long term, Primate sacrificed focus and sense of direction for constant presence through a round the clock release schedule, which ultimately tarnished their credibility, as no factory on this planet can deliver goods of such high quality, at such a rate, uninterruptedly. They likely ran out of oxygen first. However, if you were around in the late nineties or the first few years into the millenium, I know for certain you will have very fond memories of absolutely losing it to certain titles you can find listed above.

They should have discerned the high points, emphasized the calling cards of their successful records, and focused on a more narrow niche. See what you do best, and build a community from there. Instead, these guys ultimately left the impression of being a large delivery van on auto pilot, which was naturally too heavy to shift, change lanes or gears when the time came. With the above said, I can responsibly say that out of the first one hundred techno releases I collected, I could bet that twenty were from one of the Primate stables. I know many others who will confirm a similar formation period.
Reply Notify me 13 Helpful

August 7, 2017
If the below reviewer is including the coloured 10" series in his onslaught, then shame on you. They smashed floors to bits in the 90's & still sound sh*t hot right now, today, up against all the digital over production- perfection swamping club PA's everywhere. A catalog well worth rifling through for anyone at any level with techno.
Reply  See 1 reply Notify me 7 Helpful

I would like to balance out the overly enthusiastic comments with a mild disagreement with whats been written.

To newcomers just discovering modern techno, this label provides accessable and often easy to find releases, which are also quite easy to mix with.
The double packs are in fact almost purpose made for this, with tracks matching each other snugly, and on one release I have, the B and C sides are the the same BPM.

However, as you hear more work from artists featured on this label, you will find they have often released better material elsewhere. Some of my favourite artists have released 12"'s on primate, but its certainly not my favourite work of theirs and in some cases its their worst.

Also as you hear more techno in general the novelty of the sound (where you love everything because its new to you) wears off and you start getting picky.

Finally its about variety and depth. A lot of the stuff here is simple and lacks depth, and the focus tends to be quite narrow. When artists release on primate, its always the same kind of track. You generally know what your getting, but this predictability over hundreds of releases is also the labels main downfall.