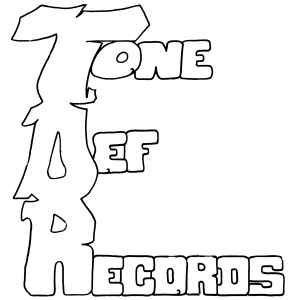 Profile:
Tone Def Records were one of the first players in the drum and bass movement.

Yomi Ayeni AKA Yomster had been a DJ for several years, mainly playing on London Weekend Radio and a residency in several clubs in London.

Tone Def Records was launched in 1989 with Alex Gold (Extravaganza), an initial outing was Morsecode's seminal house track "Thank God" an anthem in Ibiza, and the "Second Summer of Love".

The track was well received, but he felt the energy and direction was a bit off-cue and repositioned the label's style with the second release - "Inspiree" by the French Underground.

"Inspiree" was a 4 track ep, a diverse mixture of sample-led, breakbeat dance music. All the tracks were produced in a bedroom studio, which comprised of analogue synths, drum machines and an Atari computer and a crusty mixing desk. The sound was raw, yet appealing and very sympathetic to the hybrid amalgam that was very street, at the time. Yomi Ayeni AKA Yomster was surprised to receive a call from BBC Radio to find out whether the group was actually French and if a spokesperson for the band would like to take part in a radio show.

It was great fun, but he felt there was more to do. He was still searching.... and still needed to create a sound or something he was comfortable with. It was good, but not quite there...

In 1992, the release of Dreamfinder by Sound Corp with its drums, heavy bassline and staccato synth stabs, heralded the beginning of a new genre. Sound Corp were Sean and Kevin from Slough in the UK. They were looking for a label to release some music and were introduced to him by a friend, while he was DJ'ing at a club in Windsor.

Dreamfinder was initially pegged as the b-side to "Close Control", but it soon became the dominant track and was hugely successful. There were several permutations and remixes of Dreamfinder, some limited to 500 copies.

The success of Sound Corp, the sound, label and production style led to a series of dancefloor fillers. Over the years and through Tone Def, Yomi Ayeni AKA Yomster worked with Darren Jay as SLM, with Foul Play as "4 Horsemen of the Apocalypse" and on his own as "2 Dreads in a Dub".

As a label, Tone Def was the stable of many diverse acts, such as DJ Harry - "Cape Fear", FX - "The Sound of FX", Inna Rhythm "Carrie" French Underground "Type 2" and collaborations with Nookie, Aphrodite, Phantasy and Mikey Finn.

Tone Def's last release was a hybrid of funk, strings, vocals and futuristic drum and bass. "Chronicles in Dub" was the soundtrack to a film that never went into production. The script was based on Yomi Ayeni AKA Yomster's experience as a London DJ, the pirate radio scene and my love for music.

Many of the Tone Def releases are now classics, some call the sound 'hardcore', others see it as the moment that drum and bass moved from the street into the sphere of composition.
Contact Info:
[email protected]
Sites:
Facebook