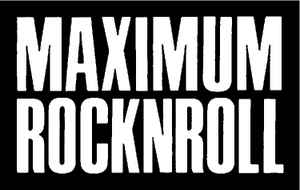 Profile:
Founded by Tim Yohannan in San Fransisco CA and focused on punk rock and hardcore music, MRR started out as a weekly radio show in the late-seventies, before expanding to produce a influential monthly print fanzine that ran from 1982 - 2019, as well as a sometime record label (releasing several compilations among other things), and from 1992 to 2011 it also published a guide called Book Your Own Fuckin' Life.
Contact Info:
MAXIMUMROCKNROLL
PO Box 3852
Oakland, California 94609
USA