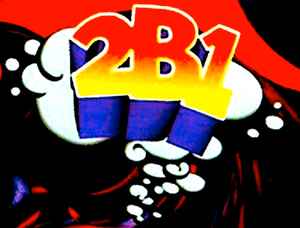 Profile:
2B1 began in 1995 but its roots are deep within the San Francisco Community via its promoter Boots Hughston. He began playing saxophone in the 60s/70s with many legendary bands, including Santana, It’s a Beautiful Day, Marty Balin (from the Jefferson Starship), Nick Gravenities Blues Band, John Cipollina (from Quick Silver), Van Morrison, Bobby Blue Bland, The Hoo Doo Rhythm Devils, Gregg Allman as well as his own bands Aum and Womb. Boots promoted his first show with Lue Williams and the “Stray Cat” at California Hall in San Francisco. The concert included Janis Joplin and Big Brother. Boots recalls “It was more of an experience then a money maker, I never got paid, just had fun putting up posters and hanging out”.


In the 70s/80s Boots Hughston and his brother Lance started the annual “North Beach Photographic Art Fair” They continued its promotion for 14 years. It was a free outdoor event drawing 30,000 people over three days, featured 21 bands and hundreds of crafts and photographers. This fair grew into the “North Beach Fair” which has become the premier outdoor event in San Francisco’s North Beach. Boots also served on the founding “Cinco De Mayo” festival committee as its production cordnator. Berkley’s “Greek Theater” with capacity of 8,000 was the festivals original home. Boots continued as production and stage manager for an additional 5 years. In the mid 70s he worked with the Legendary “Family Dog” and Chet Helms as production manager for the “Tribal Stomps” in Berkley and Monterey. Both huge events which marked the change of an era.

During this period Boots met fellow promoter Doug Green from Humbolt County who had a dream of making a venue in the mountains. So Boots with his production crew from the city met Doug and his friends in Humbolt. With chain saws, bulldozers, no money and lots of experience literally carved out of the mountain the venue known as “Reggae on the River”, French's Camp. Boots continued on with “Reggae on the River” as it’s production manager/stage manager for 14 years until promoting a Benefit, “The Tribute to Chet Helms”. The show was a huge success raising over $70,000 (all funds were donated to Chet Helms) and gained national attention. Boots Hughston is credited with single handedly awakening the legendary “Family Dog” a production company that helped to start the 60s movement. Boots thought was to bring back the ideals of the 60s. Breath life and spirituality into our morals, bring back creativity in the music, and above all to fight the strangle hold BGP (SFX and Clear Channel) has on the music world.

In October 1995 with blessings from Chet Helms (the original promoter of the Family Dog) opened their doors at Maritime Hall as “The Family Dog/Image of the Dog”. Boots Hughston and his sons Dusty and Boot as production and stage manager made ready for their date with destiny. The 3,000+ capacity, three floor venue had chosen a formidable adversary; no venue had survived longer than a year or two against BGP. Even the original Avalon ballroom from the 60s only lasted a couple years. In the 30 years since then no venue large enough to compete has survived. BGP (Clear Channel) controls it all, the booking agents, venues, bands, ticketing, newspapers, magazines all owed something to BGP (Clear Channel), people feared their wrath. Industry professionals, took bets on how long Maritime would last. The San Francisco music scene was suffering from stagnation and only the bands controlled by BGP (Clear Channel) were booked.

“Maritime Hall Productions” not only survived but also grew. Now 2b1 Productions had expanded into 3 cities and 5 venues. At their height they employed over 80 people in San Francisco. The San Francisco venue produced 721 concerts with 2,211 separate performances over a 6 year period. The Venue, “Palookaville” in Santa Cruz promoted over 607 shows with 1112 separate performances over a 4-year period. This is a testament to the will and persistence of Boots Hughston and his sons, Boot and Dusty. As well as production staff: Keith Oliver, Tracy Rolluf, Josh Porter, Brent Heckerman, Bonz and Mike Horn (Palookaville).
Parent Label:
2B1 Multimedia Inc.
Sites:
2b1records.com