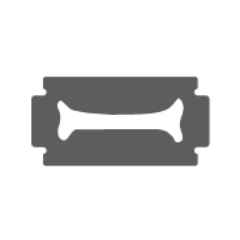 Profile:
Hueso Records (HR) is a music label that began releasing projects in Brooklyn, US and Santiago, Chile in 2005. The label has three main interests:

1- To find, restore and release music that has never been released before, either because there weren’t enough funds or public interest to produce it when the music was originally recorded: Pinochet Boys from 1984, Indice de Desempleo from 1988, Electrodomesticos from 1990, Minimal Technology from 1994 and Acid Call from 2007 among others.

2- To work with people who don’t consider themselves musicians, rather they understand their audio practice as an extension of their main body of work as visual artists, architects, graphic designers or just as thinkers: Nutria, Maestro, Cholita Sound, La Nueva Grafica Chilena, Joe Villablanca, Offending Comand, Montaña Extendida and Mario Navarro. HR calls this “Undefined Records”.

3- Professional musicians are the other point that completes this triangle, because they have the knowledge and the experience to show us how the music industry works these days. They play Pop, Rock and Electronic music: Jorge Gonzalez, Atom™, Tunde Adebimpe, Panico, El Gran Chufle, Electrodomesticos and Alvaro Peña.
Sites:
hueso-records.com, Facebook, instagram.com