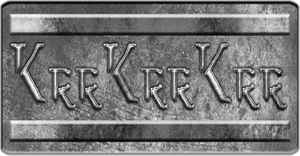 Profile:
KrrKrrKrr is the new name for the label previously known as Quercus Robur Media which evolved in The Noise Department.

The fundaments go 15 years back in time when Hydlide was started in 1997. The second project of founder Marco who has been producing music since 1990. The song ‘Noise Department’ seemed to be a good name for a label to release own produced material. See ‘History‘ on the official website for a full catalog.

KrrKrrKrr is the new label for Ex Livid, Actum Ne Agas, Bitch Per Minute, Sonitus Niger and KrrKrrKrr. All new and yet still unreleased material for these projects will be released under the wings of KrrKrrKrr, and is not taking submissions for new artists.
Contact Info:
KrrKrrKrr (Marco)
Sites:
krrkrrkrr.com, Facebook, SoundCloud, mixcloud.com, YouTube, Last.fm