Return To The Source

Return To The Source 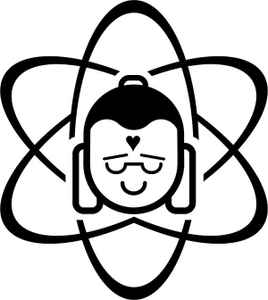 Profile:
Return To The Source was originally a club founded by Chris Deckker, after a party in Amsterdam on New Years Eve in 1992, which he called Return to the Source. Drawn to London, a regular club night soon evolved, incorporating the spiritual rituals that Chris had experienced from his travelling. Dj's Mark Allen and Tsuyoshi Suzuki became involved and Return to the Source quickly flourished. In 1995, the dream of a club/party all-night dance ritual based not on profit but on spirituality, pagan values and positive energy became reality, as Return to the Source moved to Brixton, where it also grew into a label.

They collaborated with Volume, and brought high quality compilations, notably for double CD packages with thick booklets inside, including info around their parties and artists.
Sites:
fusionanomaly.net, Facebook

By far the best party I've ever been to was Return to the Source djs playing at Rustler's Valley in South Africa in 1997. South Africa had just rejoined the world, so to speak, and there was an explosion of plur that is hard to imagine if you weren't there: a bit like when the Berlin wall came down or suchlike. There was also a lot of cheap and high quality ecstasy around which aided the cause. Anyway, Rustler's Valley was a hippy commune nestling in the Drakensberg mountains near the Lesotho border - a fantastic setting with unbelievable starry skies at night and beautiful mountains during the day. The djs, I've no idea who they were but I do remember one had a red mohican, played a set that moved from housey trance on to breaktrance and then storming Goa. They were spinning vinyl and the system was sounding sweeeet. Most of the crowd had never heard music like this before. To say that they lost it is an understatement. People were literally levitating, howling and shrieking in joy and total ex-stasis. At the peak of the party a wind came up and then became practically a gale, blowing over tents, flags and causing mayhem. Luckily this didn't last too long, but it did seem that the party had summoned up elemental forces and was totally in tune with nature. This was quite literally the case, not only in terms of the storm, the whipping gale of Goa beats, but also in that the whole scene was home made: to call it rustic would be an understatement. Alongside hippies, travellers, new agers, drunks and reprobates were children from the nearby Sotho villages, attracted by the lights and strange music in the distance. One small example: there were quite a few oilwheels projecting psychedelic swirls, at least one of them was being turned by hand. I write this as a homage to that legendary party and the Return to the Source djs. I've been to many parties and festivals, including in Goa which was the closest to that experience in 1997, but in all honesty I've never again experienced that level of total hedonistic abandon and kindred spirit with nature. ~*~

February 17, 2010
The Return To The Source parties in the mid 90's were the pinnacle of the Goa trance scene in London, based mainly at the Fridge nightclub it attracted a mainly new age/hippy/traveller following but was enjoyed by many other types also, the crew tried to make it a spiritual as well as a nightclub experience and used to do a pagan ceremony before they opened the doors to the clubbers, it was a well thought out night and they played the best in Goa/psychedelic trance with legendary dj's like Tsuyoshi Suzuki, Mark Allen, Sid Shanti and used to have live pa's by the biggest names at the time, Astral Projection, Cosmosis etc.
See 1 reply