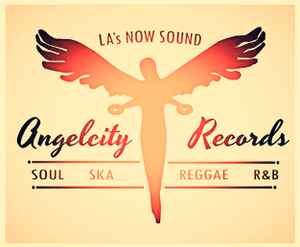 Profile:
Angel City Records is a Los Angeles based record label founded by Mark Morales and Wally Caro. Their primary focus is on promoting contemporary acts while paying homage to the sounds of 1960’s era American Soul, Rhythm & Blues and Jamaican Ska, Rocksteady, and Reggae. Mark Morales has been a local disc jockey, record collector, and dealer of vintage records for the past 20 years. He has been fundamental in beginning the soul & reggae nightclub scene here in Los Angeles through the 1990’s to present day. Wally Caro is an accomplished musician, songwriter and composer in LA’s vintage music scenes. Founder of LA local favorite Ska band “Mobtown,” Wally has also performed with a slew of different acts over his 20 plus years playing a wide range of music from Ska, Reggae, Soul, to R&B, Rockabilly and Jump Blues in his own bands and backing countless artists.

Their merger began while Morales was promoting an Angel City Soul Club event featuring famed Northern Soul icon, singer Gwen Owens. He was referred to Caro by a mutual acquaintance in order to put together a backing band for the show. Since then, the two teamed up to become promoters of clubs and live shows boasting an impressive roster of events here in Los Angeles including concerts with Motown legends, Brenda Holloway, the Marvelettes, famed composer and arranger HB Barnum, Lorraine Chandler, Jamaican groups the Gaylads, the Tennors, and Roy Ellis to name a few.

While working on producing a show with famed Jamaican reggae singer and producer Derrick Harriott, Caro and Morales were working on shifting their focus from promoters to producers putting together an all-star band of some of the finest musicians in Los Angeles within these genres. They used their last vintage show as an opportunity to announce the label and welcome their first artist, soul singer Xiantoni Ari.

Since then, the two have been working endlessly on developing the current artists on the label and identifying new talent. In addition to the younger artists, Angel City Records continues to work with vintage artists by producing and recording new material. With less than a year in development, Angel City Records has 4 releases under its’ belt with half a dozen scheduled for the next few months. Tours are being scheduled to promote the label featuring the individual artists and as the Angel City Records "Review Show" which showcases the label's roster. With many years of experience promoting the vintage sounds, Caro and Morales continue to work diligently at setting the bar and producing a new image and quality music for the listeners, ensuring they stay true to the sounds of yesteryear while giving it their own twist and following through with the label’s slogan..
“LA’s NOW Sound.”
Sites:
angelcityentertainment.info, Facebook, YouTube, SoundCloud, instagram.com

66 For Sale
Vinyl and CD