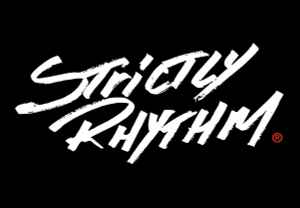 I have about 160 Strictly EPs. I class Strictly as one of the pioneers of American house music for sure. There isnt 1 single DJ from back in the day who hasnt dropped the needle on a Strictly track and thats a fact. I knew of 1 dDJ who played After Hours-Waterfall over and over until the record had no grooves left, then the record got used as a frisbee somewhere over Blackpools Central Pier. Who knows might still be there! lol. For me its Rhythm Warfare-Two Notches, Boriqua Posse,House 2 House-Boom is a proper mellow one, Tribal Confusion! or you might LUV DANCIN or have an OBSESSION with FLESH or like to TIME TRAVEL and turn off the light and listen to VOICES IN THE DARK, others might TAKE A CHANCE and UNLEASH THE GROOVE, one night he might take too many pills and say GOT ME BURNIN UP, or pills might be shite so he will say GIMME SOME MORE lol.theres loads. Classic Record Label!. All those crap comments about mediocre records etc lol theres mediocre records on every label. Discomagic out of Italy had classics and mediocre, even shite tracks on. Strictly is a classic in its own right 89-95 defo. I wouldnt know about the bullshit that came after 95 as i love underground not chart.

September 7, 2021
My first encounter with Strictly Rhythm (SR) as a label was when Belgian record company Who's That Beat? was willing to release Photon Inc. Featuring Paula Brion - Generate Power in our country (The Netherlands). At that time, I did not know what the original label of the tune was, only that it was a departure from what I usually heard early 1992. It was the era of minimal house (Speedy J., Ultimate Seduction) and techno rave (T99, L.A. Style etc.) to the point of becoming painfully ridiculous ("Rode schoentjes" and all those rip-offs). A local record shop suggested me to listen to Bang The Rhythm - A Go Bang! Compilation Of Strictly Rhythm Club Classics and although this was already going towards my preferred sound, it did not get me (yet). Dutch label Natural released Aly-Us - Follow Me, but this was a bit too soft. Reel 2 Real Featuring Erick Moore* - The New Anthem in its Union City mix was more like it. But at that time, SR already released more than 100 vinyls, most of them ignored by our country, and it seemed to me that apart from aforementioned label departments and record shop crews, the only person in our country showing a slight bit of interest for the label was me...

Early 1993, Fresh Fruit started their business and it became one of my favourite labels. I went on listening to Rave Radio where Ronald Molendijk was mixing for an hour; among the tracks I recognised were tracks from the Harddrive EP and the MK dub of Chatman - New Thang, but the track that really got me was Deep Soul - The Rhythmz in its Native mix. This was a track that, edited down to 3-4 minutes, I would love to hear a couple of times a day on the radio! The year would provide many more interesting SR tracks, but I had to wait until 1994 before they got released.

1994 was SR's breakthrough year in our country, with a tsunami of excellent releases: to begin with Jack & Jill - You Make Me Feel (Mighty Fierce), Reality - Yolanda, George Morel - Morel's Grooves Part 4 (thanks to ZYX, a CDM version of all of them was available in our country). Fresh Fruit remixed South Street Player - (Who?) Keeps Changing Your Mind, but the by far biggest crossover hit SR ever accomplished was Reel 2 Real Featuring The Mad Stuntman - I Like To Move It. Although it is probably the cheesiest record SR ever released, it seemed to open the doors to many of us. Dutch record companies started to gain interest in the label, with CDM releases of Smooth Touch - House Of Love (In My House), Barbara Tucker - Beautiful People, River Ocean Featuring India - Love & Happiness (Yemaya Y Ochún) - The Tribal EP and The Boss - Congo. ZYX were releasing compilations like Various - Strictly House and the series This Is Strictly Rhythm (2).
The aforementioned Fresh Fruit were causing a boomerang effect when SR themselves were releasing an album full of Brazil-flavoured tracks (Strictly Rhythm's Latin Thang) similar to their track "Give It Up", and their Fresh Tunes #1* - Do You Know What I Mean? saw a SR release; the second ever release SR licensed after Djaimin - Give You. Tracks like Circle Children - Indonesia / Mamba Mama and Full Swing (3) - Choices landed on Dutch mix compilations. Reel 2 Real scored several follow-ups and the next vocal highlight was Barbara Tucker - I Get Lifted. With the Dutch remix package of Armand Van Helden - Witch Doktor, the perfect blend between the New York sound and the Dutch sound seemed to be made.
And the year ended with pretty much all highlights included on This Is Strictly Rhythm - Volume 4; even though most of tracks there were edited, they were long enough for inclusion in a DJ mix set. Highlight of that comp was Loop 7 - The Theme in its Legend version; I do not understand why this was not picked up in other countries.

1995 started with me digging up the compilation Down, Deep + Dark so I had that Deep Soul track finally on CD. However, the label seemed to move towards more techno-oriented styles, most notably with the remixes of Wink* - Higher State Of Consciousness and George Acosta's outfit Planet Soul - Set U Free. In the same league were The Mole People - Break Night, Maurice* - Got Me Burning Up and DJ EFX - Give 'em Panik EP (most notably the track "München, Köln, Berlin"). The more soulful stuff is found on Barbara Tucker - Stay Together and Moné - We Can Make It. Morel's Grooves Part 8 - Officer Where's Your Brother? (Get Her) was the first Morel's Groove released as a single in our country, but it was not his best effort (I prefer vol. 7 myself). With This Is Strictly Rhythm - Volume Five, I had all the highlights of the year together, and one of SR's sublabels provided another highlight: Ruffneck Featuring Yavahn - Everybody Be Somebody.

1996 started with one of the label's highlights: Black Magic - Freedom (Make It Funky), a track that would be released in our country at the end of the year. However, the label achieved the most fame with remixes of earlier tracks: Lil' Mo' Yin Yang* - Reach received a stunning remix package with new mixes by Basement Jaxx and Alcatraz, with Higher State Of Consciousness (The European Remixes), Josh Wink received even more attention, and one of Morel's Grooves got vocalised: George Morel Featuring Heather Wildman - Let's Groove. Roger Sanchez recycled an old Gibson Brothers hit on El Mariachi - Cuba. Reel 2 Real came up with Reel 2 Real - Are You Ready For Some More? and two other singles, but it seemed as if we did not need more.

1997's highlight was undoubtedly Ultra Naté - Free, and Smooth Touch - Tripping also got a Dutch release. But overall, our interest in the label started to fade. House was gradually replaced here by trance; follow-ups from Black Magic and Moné did not make any impact. Most notable tracks of 1997 were unreleased mixes of Hardhead - New York Express and Roger S. disguised as The Funk Junkeez* - Got Funk?. It seemed as if the Dutch got the funk, SR was no longer responsible for it. People like Daft Punk and Olav Basoski were gradually taking over the dance landscape here, and follow-up singles of Ultra Nate failed to make impact.

Between 1999-2002, several tracks of the label made impact here, but unlike the early years, they were not primarily associated with SR's name. Some examples are Powerhouse Featuring Duane Harden - What You Need, Wamdue Project - King Of My Castle, Michael Moog - That Sound and New Vision - (Just) Me And You. Although the label went on focusing on quality instead of quantity, it was only a matter of time when acitivities came to a halt, which was the case in 2002.

In 2007, the label was given a reboot an although there is certainly material that is interesting, the most attention is made with remixes of the old classics. These tracks, roughly between 1989-1997, are what SR will be remembered for, and although the label also released quite some under-par material, the number of outstanding tracks is large enough to put other labels in the shade.

August 8, 2021
Wow, what happened to the SR comment section?
Early 90's SR is some of the very best house music put on plastic for my money. And yeah, there's cruft to sift through in the catalogue (admittedly more since the frequently mentioned hey-day). Still, for me, there are releases up to the modern ones that make their way into heavy rotation, usually capturing some of the magic of that early sound. As other's have noted, it's worth digging. I agree- one of the best house labels of all time- a lot of this stuff is timeless.

This is one of the best house music labels of all time. From 1989-1994 is where Strictly was at. I also want to ask a question. Why did they get rid of the 33 1/3 after Sr1283 (SR-1 - Da Rhythm) and I know this might be a silly question, but why did they removed the bricks and add the barcode?

June 19, 2019
Boy a lot of peope talking shit about Strictly Rhythm - maybe its not that SR had a lot of mediocre/bad titles, it's just that you don't have the patience to dig. Beyond the dozens of classic house tracks they released, some underground, some a bit more commercial, there are tons of little sleeper tracks in their catalogue that you can scoop for under $5. I have about 100 of their releases and none of it filler. Yes, some records are for maybe a mix or a particular track, but it's because it delivers and stands up. I think the same complaints could be made of Nervous and King Street. But to imply that Gladys or anyone working for SR was more interested in putting out loads of bullshit than quality music is ignorant and insulting.

April 2, 2019
People who's favorite track from SR was released in 2017 should immediately disqualified from commenting here. With Mark and Gladys at the helm, SR was an monster in the early days of house. Every big player at the time (Roger S, DJ Pierre, Armand Van Helden, Dana Kelly, Todd Terry, Louie Vega and Kenny Dope, Mood II Swing etc) were on SR. What happened to them in the last 15 years is unfortunate, but to say you know house and not feel a BIG DEPT to Strictly, shows a serious lack of knowing your history.
See 3 replies

December 18, 2016
Of course SR released lots of classics but bloody heck they produced far more average tracks. Been flicking thru most of the tracks and I rarely come across any real cutting edge,inventive tunes. So generic. For me personally my fave is hardhead-demon dreams-gravediggin mix. A real dark head nodder.
See 3 replies

July 9, 2008
For me this label was a let down. The potential was there, the quantity was there but the quality wasnt. I mean what are the truly memorable classic releases?? CLS maybe, a few other decent releases but nothing ground breaking which is poor when you consider how big their catalog is / was. I mean look at the size of it. It dwarfs nearly all independents

If the A & R had severly tighten up and pushed artists into producing their best rather than rushing out 'just another release', which inevitably was sub standard poldy noise, things could have been very different

Still you cant have it both ways and at least they paid there artists and ran a reputable business!
See 1 reply