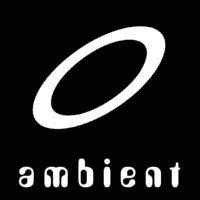 Profile:
Instinct Ambient was a sub-label of Instinct active from 1995 through 1997. Initially focusing on pure ambient works, the later releases on the label also featured trip-hop and downtempo drum'n'bass sounds.

Some titles were also released in Europe on a KK Records sub-label called Instinct Ambient Europe.

Instinct has released some titles under the Ambient Systems banner after 1997, but they no longer use the Instinct Ambient label, and instead release them on the main label.
Sublabels
Ambient Systems, Chillout (2), Instinct Ambient Monthly Series
Parent Label:
Instinct Records
Contact Info:
[email protected]
Sites:
instinctrecords.com

January 30, 2017
Amazing label! The perfect blend between the organic experimentations of Em:t and the spacey analog feel of Fax.
Reply Notify me 4 Helpful

February 23, 2010
Probobly my most favorite and most inspirational label of all time. In ambient music it is most definitely. I was asked recently what kind of design would I get for a tattoo if I was ever to get a tattoo. Seeing how music is so important to me, my favorite label's logo was immediately my choice. Now don't think I will ever get a tattoo physically but my brain is branded with this logo 100 times over. Look for the label to make comeback and redo their monthly ambient series again (while i rejoice). It is my music goal in life to be part of it Taylor Deupree. Somehow.
Reply  See 1 reply Notify me 9 Helpful