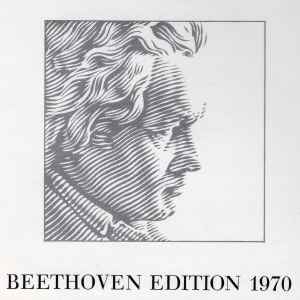 Profile:
1970 series by Deutsche Grammophon released to celebrate Beethoven's 200th Birthday in 1970. Another series was released to commemorate the 150th anniversary of Beethoven's death in 1827, the Beethoven Edition 1977 series. The two series share the main series cover artwork but are distinguished by the series artwork in the booklets of the releases - as well as the printing year.