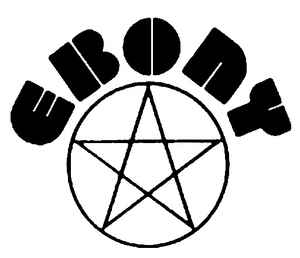 Profile:
Ebony Records was a hard rock / heavy metal label that released many of the smaller, less well-known acts of the mid 80s UK HM scene. It was a budget label, recording quality was defiantly lo-fi, and there was certainly some amateurish music released on its many compilation albums. However there are several gems to be found including classics by great, half-forgotten bands like Chateaux, Savage, Blade Runner, Samurai and Blood Money. The label is probably most well known for the two albums by Grim Reaper, and also for the first ever vinyl release by Mercyful Fate, on the Metallic Storm compilation.
Sublabels
Criminal Response Records, Reaction Records (4)