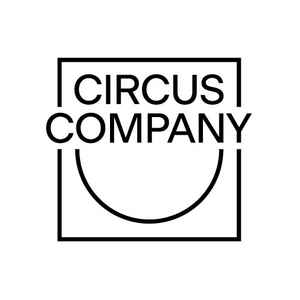 Profile:
Circus Company is an independent French label, founded in 2000 in Paris. With an international audience and repertoire, it is currently run by Mathias Duchemin.

Although it began its activities as part of the "minimal house" scene, its productions soon reached broader horizons, blending house music tones with the heritage of funk, jazz and a touch of experimentation.

Inspired by musicians such as Matthew Herbert, Losoul and Mr Oizo, its first EPs were released in 2001, followed in 2003 by a first album by Ark, a French artist whose inventiveness, curiosity and eccentricity would provide a lasting influence on the label.

In 2006, Dave Aju was the first foreign artist to be signed to Circus Company, followed by My My, Seth Troxler and Guillaume & The Coutu Dumonts. Artists from Germany or Canada, alongside French artists such as Nôze or dOP, brought a new energy to Circus Company, whose activities soon reached clubs such as the Batofar, the Nouveau Casino, the Rex Club and the international scene.

Over the years, the label has broadened its musical palette. Nôze, Les Fils du Calvaire, dOP, Dani Siciliano or Ezéchiel Pailhès, have explored electronic music at the crossroads of pop music and chanson, often with a sense of humour and inventiveness. A dynamics that brought international success to the label in 2011 with Nicolas Jaar's first album, Nôze’s three albums (associating for the first time house music and the French language), and dOP’s fiery live performances.

In its twenty years of existence, with a hundred EPs, twenty albums and two sub-labels (Tzar Music and Another), Circus Company has become one of the French independent labels that successfully resisted the stylistic and economic shifts of electronic music, without ever compromising its artistic and aesthetic choices, alongside similar references such as Versatile or Tigersushi.
Sublabels
Another (2), Circus Company Limited
Contact Info:
Email: [email protected]
Sites:
circuscompany.fr, Bandcamp, Facebook, instagram.com, SoundCloud, Twitter, vimeo.com, YouTube