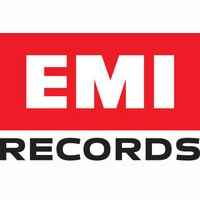 This can be used for "Pressed By" on records and "Duplicated By" on cassettes manufactured between July 1973 and 2000 by that company.

Do not confuse with the record company E.M.I. Records, often followed by "(The Gramophone Co. Ltd.)".
For releases showing the "EMI" logo, see EMI.

EMI Records manufactured records at their record factories in Hayes, Middlesex. Originally, the plant was located on Blyth Road but moved to new premises at Uxbridge Road by July 1972. The 160,000 sq. ft. pressing plant consisted of a pressroom with 112 vinyl presses plus room for 28 more when needed, the sleeve store and sleeving area, as well as a tape duplication plant. The plant is famous for using the unique EMI 1400 presses, which were custom-built in-house and as such are the only presses of their kind in the world.

The plant previously operated as The Gramophone Co. Ltd. until 1 July 1973. It was closed in 2000 and was subsequently acquired by the independent manufacturer Portalspace Records Limited.

Records pressed by EMI Records always feature a runout machine-stamp unique to the EMI 1400 press, with a unique typography and a wide spaced typeface (see images for example).

Contract pressings:
The plant also undertook contract pressings for other companies from the late 1960s until 1999. Clients included Liberty, United Artists Records and Island Records (until 1974). Additionally, between 1988 (when the Polygram UK plant was closed) and 1992 (Polygram switched to other manufacturers), EMI also pressed for PolyGram UK.
The contract pressings never credit EMI Records directly.

EMI pressings using lacquers from non-EMI studios:
The letter U was added at the stage of making the 'father'. It indicates that the lacquers were cut by an external (non-EMI) mastering studio.
The characteristic runout pattern is: -xU-m-n (e.g. -1U-1-7). A record with the following in the runout "LASH 19-A-1U-1-Q2" can be broken down as follows:
"LASH 19" is the catalogue number. "A" is the side identifier. "1U" is the cut number with U identifying the pressing as an external cut (i.e. that it was not cut at the EMI-owned Abbey Road Studios), "1-Q2" shows the mother and stamper numbers.
Often, the U is very faint and looks more like a J.

A stamped "C" means that the mastering was done from an alternative source (not from the original master tape).
A stamped "D" stands for DMM, and indicates that the plant received a copper plate not a lacquer.
Note: hybrid versions with mixes of -U -C and/or D are not necessarily variants and could potentially be different submissions - see here and here for separated examples. When in doubt, add as variant.

By April 1982 the runout matrix was combined at 6 o'clock.

The US company of the same name:
EMI Records
1290 Avenue of the Americas
New York, NY 10104
Sites:
lencoheaven.net, forums.stevehoffman.tv, 7tt77.co.uk