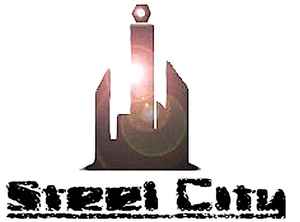 It wasen’t just Richie Hawtin who has taken his inspiration from Detroit to the next level and formed it into his own interpretation of Techno. Oliver Barkovic has had al very big role in this for todays new breed of electronic artists from Canada. Artists like the Junior Boys, Mathew Jonson, Orphx, Azari and III and Egyptrixx where inspired by Barkovic's work. His Steel city label has explored all ranges of Electronic music, Techno, House, Dub, Tech-House, Acid(in all it’s forms), Breakbeat,Experimental, Abstract and off course Minimal which the canadian’s almost invented.

Oliver Barkovic (For friends Ollie) started producing and dj-ing in 1988. He has produced 12 ep’s in various styles and aliases from 1994 and 1998 on steel city. He also done productions on labels like Stickman Records, Hawtin’s Probe, Definitive, Strictly Rhythm and High Test Records.

Ollie also has done some rare live performances which emphasizes from electronic music improvisation, raw and free melodic structures with layers of sound and rhythm.

In 2001 Ollie had started the label forwardMusic the first and only release was the CD ‘seedForTomorrow’, a retrospective CD that included 13 tracks from the best what Steel City had to offer. From light-hearted to more aggressive and venturing into the realm of darker house, this displays the wide variances in the house and tech-house music styles. If these tracks are arranged in chronological order then one could surmise that Ollie's tracks have grown harder and darker over time. "Luxor" and "Satellite" are light-hearted tracks that frolic in a cartoon kind of vein. "Pigtail," "Yage" and "Tom Thumb" are good minimal tracks that remind me of some of G-man's work on Kushti. But the best are the last three tracks, "Emitter," "Lose the Way" and "Desire," in these pieces the percussion is deeper and more complex, the sounds are raw yet elaborately put together. "Emitter" summons mental images of burnt-out warehouses and charred car wrecks in '80s-era Detroit. "Lose the Way" sounds like the tense moment just before an interstellar war breaks out, with its futurist sounds and vigorous beats. "Desire" goes over the top. This is a full-on techno sci-fi battle soundtrack.

In 2001 he also had a gig at the DEMF/Movement Festival in Detroit. "ForwardMusic" stated that year that it would release Oliver Barkovic first album, and 3 limited edition EPs. From my knowledge those have never saw the light of day. It seemed there would also become another label named: "Beauty Industries" which also never emerged. After that it became silent around Ollie and it seems he has resigned from electronic music ever since.

Some of the highlights of his Steel city label are: Chop Suey Peep Show (50% of Teste!), Skyway, The Theory Of Machines , De Chirico and Form/Function. Those tracks stood the test of time perfectly and would fit like a glove in todays "stone faced techno" revival.

Ollie has planted his Seed for Tomorrow, give it some love and water and you will recieve some beautifull music.