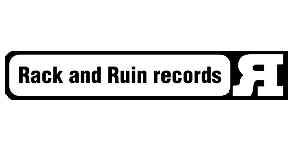 Profile:
Rack & Ruin records was formed on April 1st 2008. Rack & Ruin, is a non-profit Netherlands based netlabel, which focuses on indiepop, electronica, ambient, and experimental or crossover music from around the world. R&R aim to cover a broad spectrum of tastes, and their main focus is to champion new artists, who are exploring new sounds. Their goal is to not restrict themselves to any particular genre, or locality.

4 For Sale
Vinyl and CD