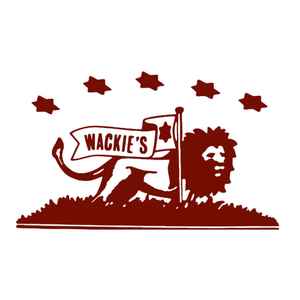 Profile:
Lloyd Barnes (born 1948, Jamaica), aka Wackie or Bullwackie, did some recording in Jamaica as a singer for Prince Buster before migrating to New York in early 1970s. There he set up a studio at 4371 White Plains Road (Bronx) recording both visiting and resident Jamaicans with consistently interesting results. Employing his own session band, the Reckless Breed, he developed a hard roots style that was highly distinctive (for all its debt to Perry's Black Ark sound), and can be heard on records that appeared on his Bullwackies label and its many subsidiaries, including Wackie's, City Line, Aires, Senrab, Wisdom Track, Footprints, Dougies, Hamma and Rawse.

Among the established Jamaican luminaries with whom Bullwackie worked to striking effect were Horace Andy, Sugar Minott, former Heptone Leroy Sibbles, Tyrone Evans and the veteran tenor saxman Roland Alphonso. Among the less celebrated but gifted were Wayne Jarrett (one of the better singers who modelled his approach on Horace Andy), K.C. White, Lloyd Hemmings, Annette Brissett and one of Lloyd Daley's star performers from the early 1970s, Audley Rollins.

Sessions with new US-based artists were as remarkable. Outstanding 45s that appeared in the late 1970s/early 1980s included Happy Love's "Down In the Valley", Ras Clifton & the Zionites' "Look Over Yonder", Joe Auxmite's "No Equal Rights in the Babylon", Noel Delahaye's "Working for the Rentman" and Joe Morgan's "Basement Session".

In common with Jamaican producers, Bullwackie issued plenty of dub on album as well as customary B-side versions. The African Roots dub series began in 1977 when Clive Hunt - then living in New York and a key member of Wackie's session crew - kicked off with the initial volume, released on Five Arts label based in Bronx. The album carried a distinct Black Ark influence, audible in its use of drum machines and sound effects.

The series was then continued on the main Wackie's label. Working with Jamaican musicians of the caliber of Jackie Mittoo, Clive Hunt and Leroy Sibbles, Wackie and co-engineer Douglas Levy created a recognizable studio sound and deployed it to startling and original effect. They continued to maintain an interest in mixing dub long after most Jamaican producers had abandoned the form and in 1985 produced one of the earliest digital dub sets - African Roots Act V - with longtime Wackie's musician Fabian Cooke handling the drums, keyboards and DX programs.

Around this time Wackie began a partnership with Sonny Ochiai of Tachyon Records in Japan, producing ragga and dancehall discs primarily for the Japanese market, a partnership that lasted until 1994 when Wackie returned to Jamaica in order to begin the construction of a new studio with Sugar Minott. In 1996 some of the Wackie back catalogue was reissued on CD through Wackie's London associate Rae Cheddie. (Peter Dalton and Steve Barrow)