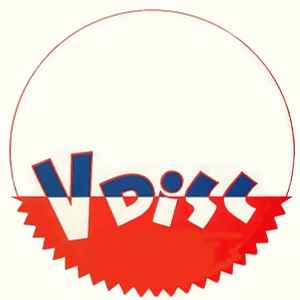 Profile:
V Disc was a record label produced during the World War II era by special arrangement between the United States government and various private U.S. record companies. Many popular singers, big bands and orchestras of the era recorded special V Disc records. These 12-inch, 78 rpm gramophone recordings were created between 1943 and 1949. The "V" stands for "Victory". The V Disc project actually began in June 1941, six months before the United States' involvement in World War II, when Captain Howard Bronson was assigned to the Army's Recreation and Welfare Section as a musical advisor. By 1942, the Armed Forces Radio Service (AFRS) sent 16-inch, 33 rpm vinyl transcription discs to the troops, mostly radio shows with the commercials edited out. Artists gathered at several V Disc recording sessions in theaters around New York and Los Angeles, including CBS Playhouse No. 3 (currently the Ed Sullivan Theater), NBC Studio 8H (the current home of Saturday Night Live), and CBS Playhouse No. 4 (reborn in the 1970s as Studio 54). V Discs were pressed by major civilian record companies like RCA Victor and Columbia Records. V Discs also featured one-of-a-kind performances, as artists who were not shackled by restrictive record company contracts could now perform special versions of the 1940s' most popular hits. V Discs stayed in production until 1949, providing entertainment to soldiers stationed overseas as part of the Marshall Plan. After the V Disc program ended in 1949, the Armed Services set out to honor the original AFM request that the records not be used for commercial purposes. Original masters and stampers were destroyed. Leftover V Discs at bases and on ships were discarded.

I love discogs, love it before the revival of vinyl, forgot my original username, so made a new one What frustrating is I can't look for a particular artist within a label or filter by catalog number. While v discs are no different, seems unlike an artist search its easier to narrow down finding title. With V Discs and the variables i find particularly frustrating and I know the catalog number, title, etc. Anyone know a better way? And curious, better way to search. And if parent label is usa, is there another label area for the 16 inch transcription discs? Unless I'm mistaken? I do understand Vdisc was a sub label of USA military/government. But too, seems similarly of armed forces releases as the earliest are transcriptions and shows? Again I do love discogs, seem like a filter would be great or search instead of genre drop down, or am I looking the incorrect way for a label release without going thru page after page to get to page 300 where my title might be?

November 26, 2019
I took a quick glance at the 13 V-Discs that are in my collection... And just jotted down the catalog numbers. A couple of the numbers I have don't correspond with the discs listed.. and I'm just now realizing why. The Navy V-Discs had a different catalog number! Duh! Looks like I'll have to list the Navy discs I own....
See 1 reply

June 14, 2018
Not associated with 18 Top Hits label, except there are many artists on the 165A and B sides such as Dottie Evans and Artie Malvin.