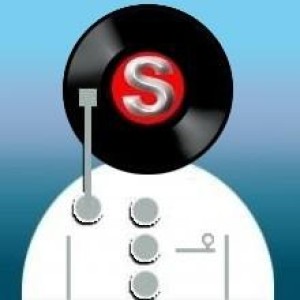 swagski updated over 10 years ago

WELCOME TO "SLEEVE ARTISTS"
(Please scroll down to the Sleeve Image History if you wish to skip this intro & the artist profile).

Whilst this Discogs site is dedicated to the art of music, I believe the importance of the art of graphic imagery in music should not be overlooked. In many instances the sleeve art of a recording reflects the nature and attitude of society prevalent at the time of its release. It also needs to capture the essence of the artist upon the release, arranging its shapes and orchestrating its colours to reach the eyes in silent communication. Once upon a time, the possession and tactile joy of a vinyl album sleeve was like having a child's security blanket. It's content proof that other people out there understood the crazy stuff that you were listening to. Often, the art content would distill and become a recognisable icon for the future of the performer. A leitmotif that would go beyond the days when a band simply wrote their name on the drum kit.

My intention is to create a series of lists, prefixed "Sleeve Artists:". These lists will, initially, be confined to early/seminal graphic artists creating 'hand-worked' art, rather than later photographers or computer/CGI illustrators. I shall attempt to provide a broad Profile on each artist, adding to it as I uncover their album histories. Albums will be added to the Image List chronologically as I come across them, together with any relative info in the text area. I shall also maintain a set of links to other sleeve artist's work in Discogs (found as a footnote, below the Profile).

This is certainly not intended as a definitive guide to the artist or their works. It's simply an aid to their enjoyment & governed by the Database. Any info you have, or pointers to missing items, or complaints etc., is welcome.

After leaving Isleworth Grammar School, Fulcher began a National Diploma Design course in display at Twickenham College of Art in 1958. It was here that the seeds of his future versatility were sown as, unlike a graphic tuition course, he was able to explore all manner of media including aspects of film and musical display. After leaving college he spent two years in a typographical environment before joining the Conran Group as a graphic designer in 1965, aged 23.

It was a natural progression for Fulcher to be caught up in London's burgeoning underground scene as the counter-culture 60's grabbed the imagination of the young. He moonlighted on projects and became a figure at events in venues such as The Roundhouse, Middle Earth, The Electric Cinema & The Arts Lab. His work on light-shows, which were then crude affairs employing colored liquid bubbles trapped between glass plates that were rhythmically manipulated in a light beam, was probably the source of his most common nickname 'Barney Bubbles'. It was certainly a name he had adopted by 1967 and formally used when his work with fellow artist friends appeared in an early issue (No 12) of "OZ" magazine in 1968. This is a glorious supplement of unfettered 'communal' art by Barney & Co that obviously got the nod from Martin Sharp.

By the summer of 1968 Fulcher, having rubbed shoulders with the gregarious folk of OZ, took a sabbatical to America's West-Coast. There his light-show experience found him operating events at the renowned Avalon Ballroom in San Francisco, which was run by Chet Helms. Helms also happened to manage The Family Dog which had artist & 'Dog-founder' Alton Kelly and Grateful Dead's cover artist Stanley Mouse working on posters for the shows. It was here that Fulcher was doubtless inspired by the duo's work and the hybrid psychedelic art for the Filmore events.

In the spring of 1969 Fulcher was back in the UK, setting up Teenburger Designs at Portobello Road, London. He completed a number creative projects and album designs under this flag. Fulcher also worked on the local "Friends" publication at this time, a rebellious offshoot of the UK's "Rolling Stone", which was later retitled "Friendz". It was in this environment that Fulcher struck up a strong relationship with Hawkwind and where his future as a renowned sleeve artist really began, as is evidenced in the listing.

Other items of musical note, not in Discogs, include the Fulcher re-design of New Musical Express in 1978. His red slab text "NME" became a recognizable icon well into the late 80's. Indeed, it was so sacrosanct that it was merely 'tampered with' by successive designers in the publication's development. His directorial skills were also evident in his videos "Ghost Town" for The Specials and "Clubland" for Elvis Costello, to name but some of the many projects he was involved in.

Fulcher was reputedly a character with a depressive nature. He would often take himself off from his work or circle of friends and was once found stacking shelves in a supermarket. In retrospect, he probably suffered from bipolar disorder. In November 1983 it appears he reached a crisis point in his life and sadly, like some of the artists who had inspired him, he took his own life.