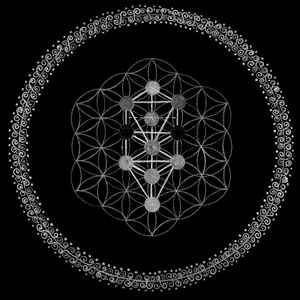 This is a database of open drum breaks, percussion breaks & drum solos of all different varieties from 1948 to 1989. This spans from the first year the LP was introduced until what is approximately the end of the first vinyl era where vinyl was a/the main format for releases.

The master release is used, unless there is only a single version in the Discogs database. If I am aware of a version included in the master release that does not contain the open drum breaks, percussion breaks & drum solos, I will make note of it.

List order is as follows: Known Artist 7" and 12" singles grouped together (due to some singles coming in both formats), Known Artist LP's / EP's (and select compilations: see note below), Unknown Artist LP's, Various Artist Compilations. Artist name groupings start with symbols (i.e. ? & the Mysterians), followed by cardinal numbers (i.e. 60,000,000 Buffalo), then ordinal numbers (i.e. 2nd Chapter Of Acts) and end with the alphabet. Articles (i.e. The) are not used in determining order. Artists listed alphabetically by first letter in the artist name, not by their last name. If there is a difference in the name releases are billed under due to the Artist Name Variation function on Discogs, the releases will be grouped together in this list by a single Artist Name. This name will be in curly brackets in the notes section of the release. For artists that have multiple entries on the list each album is listed chronologically, if I can decipher the releases chronology. If I can't decipher the chronology (i.e. multiple albums from the same year with catalog numbers that don't flow sequentially because the releases are on different labels) they will be listed in alphabetical order by the album title.

I am including open drum breaks, percussion breaks & drum solos that may have portions where instruments or vocals are included, as long as there is a sufficient portion of open drum breaks, percussion breaks & drum solos to chop up in a sampler (i.e. Bill Cosby "I Luv Myself Better Than I Luv Myself"). I am not including breaks where tricks such as panning to one channel have to be used to isolate the drums from other instruments in the song (i.e. Zakarrias "The Unknown Years"). I am including breaks where the drums were only recorded to one channel, but no other instrumentation is present (i.e. Classics IV "The Girl From Ipanema").

I am trying to provide the most organized, non-repetitive, detailed, confirmed and informational list. This is to the benefit of both record diggers and e-diggers alike, as they know exactly what they are looking for and the reference information is easily accessible when scrolling through the list on Discogs.

The information contained within this database comes from a plethora of sources I've found throughout the years, in addition to my own knowledge garnered from digging in the crates. In no way am I taking sole credit for this body of work. I will take credit for laboriously fact checking to make sure that the information was accurate and met the criteria for the database I wanted to create. Thank you to all the drum break diggers willing to share their knowledge throughout the world.

If you see any mistakes please let me know. I have caught a few myself, so I know there may be some.

A note on the same song and break being linked to various releases:
This means that each release contains the same recording of the song. However, the mix and master of the song and sound quality of the pressing may be different between each version.