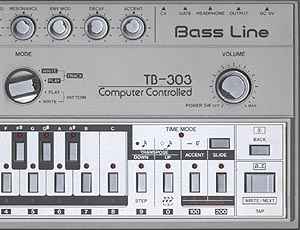 TEKNONUTTER updated over 4 years ago

Attempting to compile as many of the hardcore, rave & techno tunes that contain the oh so, very unique Landlord - I Like It (Blow Out Dub) synth stab. As I'm a real sucker for that sound! Many call it a piano stab. Recent research on the subject has brought up surprising results. It sounds nothing like a typical piano sound to me, which I'm not a massive fan of...

Not to be confused with the similar sounding Kevin Saunderson / Inner City keyboard - which itself was first sampled from Nitro Deluxe - Let's Get Brutal / This Brutal House on Cutting Records (U.S.) from way back in 1986.

Or the later Bizarre Inc. piano stab which was directly sampled from Fidelfatti And Ronnette - Just Wanna Touch Me (Hallelujah Remix) and is an actual piano sound, later processed by Bizarre Inc on their rave anthem Playing With Knives.

Extra thanks to nbg , jony BUNKERHEADZ SubSystem and scherben for their own contributions.