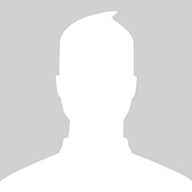 amig0z updated over 3 years ago

Ultimate Breaks and Beats (also commonly abbreviated as UBB) was a series of 25 compilation albums released from 1986 to 1991 by Street Beat Records. The tracks featured on the albums featured music from 1966 to 1984 that featured drum breaks.

The albums found high popularity with hip hop producers, with the release of a new volume in the series usually leading to many various hip hop records featuring samples of the breaks.