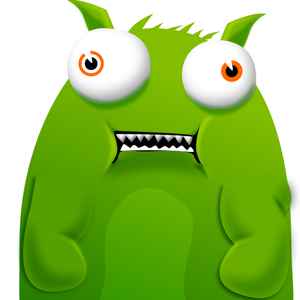 I figured out how to scan the barcodes in the matrix areas of some CDs.

Based on my observations, Code 39 barcodes debuted on CDs glass-mastered by Specialty Records Corporation (SRC) / WEA Mfg. Olyphant around late February/early March 1990. Just like the DADC "DIDX" codes, they seem to be sequential project numbers, so based on the release dates of the first pressings (which may not have these barcodes), these sequential numbers can be roughly correlated with an original mastering date—i.e., when the digital premaster was probably created.

Aside from maybe picking up a leading zero, the code stays the same on represses, even if the original pressing didn't have a barcode.

The barcodes initially had just 5 characters and the narrow blocks were the maximum width allowed by Code 39 (half the width of the wide ones), so Lazlo's guide calls these "thick block" barcodes and they were only on Gen4 discs. A 6th character was added with the Gen6 debut in late 1992, and they switched to narrow blocks being one-third the width of the wide ones—these are "thin block" barcodes. Gen4 and Gen6 discs were made concurrently until mid-1993 when Gen4 ended.

WEA Manufacturing was making CDs by late September 1986, so I would expect the lowest-numbered codes to include a lot of back-catalog titles (reissues of albums from previous years).

The first line of each comment in this list is the value of the barcode. The next line gives clues about the release date.

The matrix barcodes on some Enhanced CDs have their own numbering sequence starting with 6 instead of 0, or they use the catalog number.

The matrix barcodes on CDs glass-mastered by Allied Record Company (ARC) / WEA Mfg. Commerce have their own numbering sequence, apparently. I put those, along with other odd cases, at the very end of the list. Nearly all of the CDs are glass mastered & pressed at SRC. Some are SRC masters pressed at ARC. Only very few are pressed and mastered by ARC.

Some barcodes omit the first digit and append a letter suffix. I don't know what it means.