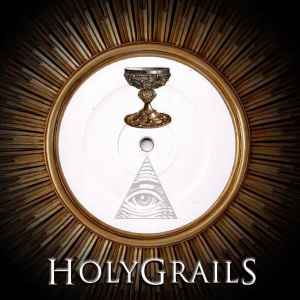 WHAT THE FRIG HAVE YOU GOT ON YOUR HEAD ??? - A Crowd Donated Installation Art Piece By Stephen Rumney

HOLYGRAILS updated about 5 hours ago

As the saying goes 'image is everything'. The record sleeve is the first thing we see when we pick up a record or enter a record store and the image on the sleeve plays a significant role in making or breaking a record. The cover is the clue to the music within so it's critical the image on the cover does justice to the many hours of time put in by the artist, musicians, songwriters and producer. Once the record is released and in the public domain there's no turning back and the sleeve becomes the lasting image that represents the artist's music and unique personal style.

Covers record a moment of an artists career frozen and captured in time for all to see so it's vital that the artist presents themselves well for the iconic snapshot that will represent them for decades to come.

But before we get to the covers in this gallery installation I have a quick question: Have you seen the youtube video of the bear with a plastic barrel stuck on it's head?... one minute it was running free rummaging for food and the next minute it was painfully trapped with a plastic barrel stuck on it's head. The plight of the poor bear was captured on video and shared across social media. The video shows the the bear in considerable distress and urgently needs help. Thankfully a local couple who saw the video tracked down the bear and after bravely chasing it and tussling it to the ground were successful in cutting the barrel away a freeing the bear.

On the following record covers we find artists who have folloewed their natural impulse to seek fame and fortune in the music industry are faced with a similar twist of fate. An artist should be aware of the peril that can arise from putting their head in to an object foreign to most cultures. In this gallery of covers we explore how an innocent trip to a photo shoot can potentially lead to disaster.

The artist arrives on set for the day of their cover shoot and before being photographed they stupidly insert their head in to an object that has strange forms and little function. The pivitol moment of the artists career is captured as the photographer clicks the camera and the image is recorded to film. Once the image is released by the record company along with the single the artist is stuck with the image until a kind samaritan arrives on the scene to removes the sleeve and throw it away.

The artists in this gallery were hoping to be rewarded with public praise and adulation but being captured with their head in an object they should have never have gone near alll they got was ridicule and humiliation from generations of perplexed record buyers asking 'What the frig have you got on your head'.

THIS IS A CROWD DONATION INSTALLATION ART PIECE… One in a series of Art Pieces I'm creating… if you have any of these covers or any of the covers in my other lists please in box and donate the records and covers to the crowd donated artwork. Condition of record not important :-). To get on the donator's list for the art piece please enclose a note with the package with your credit line "Donated By...". Many thanks for your contribution... Please send donated cover to: Record Cover Installation Project, 53 Belmont Hill, London SE13 5AX, United Kingdom.