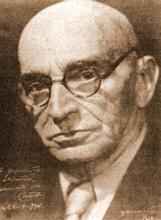 He moved to Rio in 1880 , at age 17 , with family . Worked as a watchmaker . Met many whiners of the time as Anacleto de Medeiros and Viriato Figueira da Silva , when it started in music . Integrated in town Bohemian means , he joined the bookseller Pedro da Silva Lent , owner of People's Library , now in edit flyer string repertoire fads of the time .

Catullus Passion Ceará began organizing collections , including The Rio The singer and popular music , as well as the works themselves . Lived carefree, it was bohemian , and died in poverty .

In some compositions had the collaboration of some partners : Anacleto de Medeiros , Ernesto Nazareth , Chiquinha Gonzaga , Francisco Braga and others.