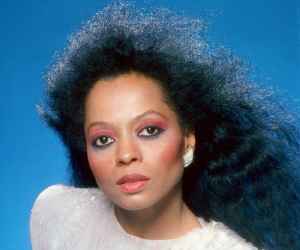 Nome real:
Diana Ernestine Earle Ross
Perfil:
Born March 26, 1944, Detroit, Michigan, USA.
American vocalist, producer, and occasional actress. Working within groups early on in her musical career, she is equally known as an artist in her own right, and has released music in many genres; R&B, soul, disco, and jazz. Initial success came as lead singer of The Supremes.